Turkish Justice Minister Bekir Bozdağ announced on Tuesday that Council of State President Zerrin Güngör was reelected to her position.

In a tweet on Tuesday, Bozdağ said: “I congratulate and wish success to Zerrin Güngör, who was reelected as president of the Council of State.”

Güngör was at the center of criticism for trying to button up her robe when President Recep Tayyip Erdoğan arrived at a hall in Ankara during a ceremony in May for the 149th anniversary of the establishment of the Council of State.

She was also criticized when she, along with the heads of the Supreme Court of Appeals and the Court of Accounts, was photographed during Erdoğan’s visit to the northern province of Rize and collecting tea leaves with the president.

According to a report by the Cumhuriyet daily in June of last year, Güngör’s daughter Gonca Hatinoğlu has been working at the presidential palace and her son-in-law Volkan Hatinoğlu was hired as an executive by the construction company that built the new presidential complex. 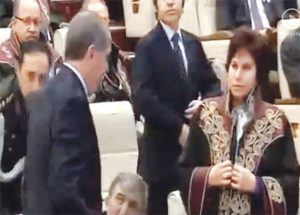 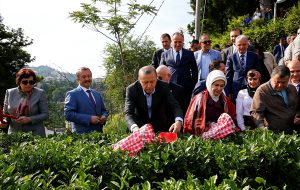