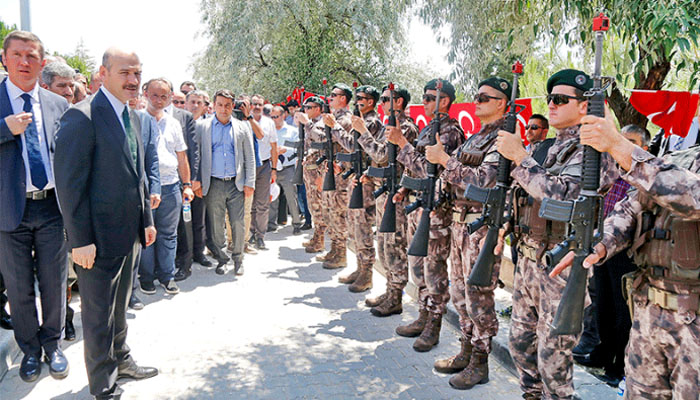 Turkish authorities have installed safety catches on M16 automatic rifles used by a special police force during a visit by Interior Minister Süleyman Soylu in an apparent move to prevent an assassination attempt or an accident.

On Tuesday Soylu attended a commemoration ceremony at the Gölbaşı Cemetery in Ankara to commemorate the victims of a failed coup attempt on July 15, 2016.

He was saluted by a team of special force police officers whose automatic rifles had safeties installed.

In a similar development in June, the service revolvers of soldiers at the Hadımköy Gendarmerie Command in İstanbul were taken away during a visit by President Recep Tayyip Erdoğan out of security concerns. 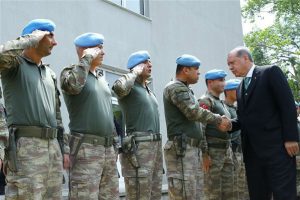