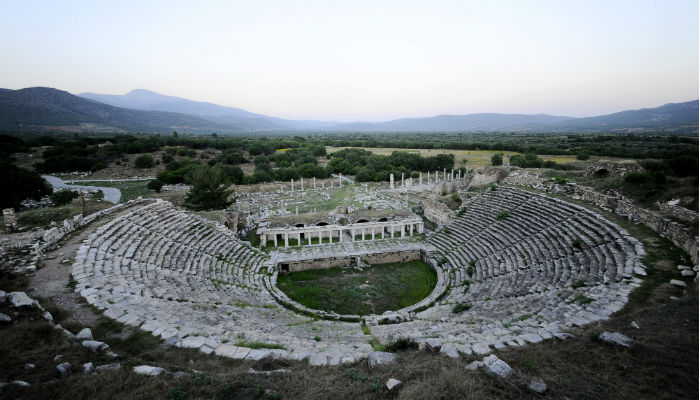 UNESCO decided to include the ancient city of Aphrodisias in southwestern Turkey on its World Heritage List during the 41st session of the World Heritage Committee in Kraków, Poland.

Aphrodisias, which served as the capital of the Roman province of Caria and had a cosmopolitan character, is defined as “one of the most important archaeological sites of the Greek and Roman periods in Turkey” on the UNESCO website.

Located on the borders of the southwestern province of Aydın, in the upper valley of the Morsynus River, the site consists of two components: the archaeological site of Aphrodisias and the marble quarries northeast of the city. The temple of Aphrodite dates from the third century BCE and the city was built one century later. The wealth of Aphrodisias came from the marble quarries and the art produced by its sculptors. The city streets are arranged around several large civic structures, which include temples, a theatre, an agora and two bath complexes, according to UNESCO.

There first excavations in the area were conducted by New York University in 1961.

The 41st session of the World Heritage Committee, meeting between July 9-12, is chaired by Jacek Purchla, founder and director of the International Cultural Centre in Kraków.