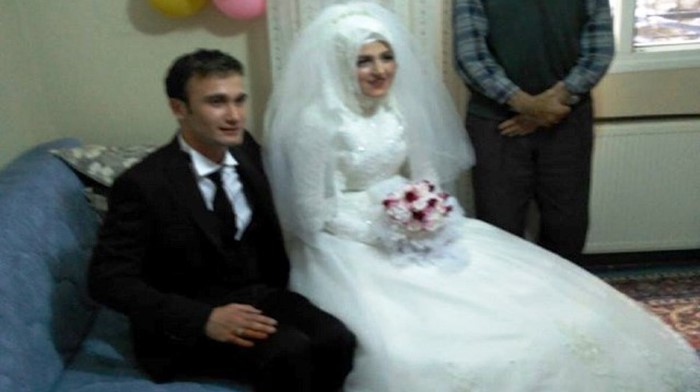 Emine Çelik and Aykut Kutlu were detained by police on Sunday in Uşak province on the way to their wedding ceremony over alleged links to the faith-based Gülen movement, which is accused by the government of orchestrating a failed coup attempt last July, according to the Stockholm Center for Freedom (SCF).

Social media accounts reported that bride Çetik and bridegroom Kutlu were detained by police as they were on their way to the Makasbaşı Wedding Hall, where their wedding ceremony was to be held and taken to a police station.

Turkey survived a military coup attempt on July 15, 2016 that killed over 240 people. Immediately after the putsch, the Justice and Development Party (AKP) government along with Turkey’s President Recep Tayyip Erdoğan pinned the blame on the Gülen movement.

Turkish Justice Minister Bekir Bozdağ has announced on July 7, 2017 that at least 50,504 people have been arrested and 168,801 have been the subject of legal proceedings.