Amnesty International Turkey has denied an accusation made by Turkish President Recep Tayyip Erdoğan that a group of recently detained human rights defenders were plotting a follow-up to a July 15 failed coup, saying that the allegations are not based on concrete evidence.

AI said in a statement on Saturday that the human rights defenders were holding a briefing when they were detained on Wednesday.

“According to news stories published in several mediums, references were made about Gezi park protests and it was implied that mass rallies are being planned and connections were made with the ‘March of Justice’ launched from Ankara to İstanbul. Those allegations which were made without indicating any evidence and basing on concrete information are totally fabricated,” said Amnesty.

“The allegations in the news can neither be legally accepted nor make sense. It is obvious that those writing these news are trying to justify the pressure put on civil society by Turkish government by finding a cover for illegal detentions, rather than telling the truth.”

Speaking to the press on the sidelines of G20 summit, The Turkish president signaled that the detention of the rights defenders could turn into imprisonment, adding that their meeting was considered by security forces as a follow-up to the July 15 coup bid.

Amnesty said in its statement that the detained activists were “esteemed human rights defenders” and that they would immediately be released in a country where the most fundamental rules of law are functioning.

AI Secretary-General Salil Shetty in a statement on Wednesday harshly criticized the detention of AI Turkey Director Eser along with the seven other human rights activists, calling it “a grotesque abuse of power.”

US Department of State Spokesperson Heather Nauert has said the United States is deeply concerned by the detention of human rights defenders in Turkey.

The Parliamentary Assembly of the Council of Europe (PACE) co-rapporteurs for the monitoring of Turkey, Marianne Mikko (Estonia, SOC) and Nigel Evans (United Kingdom, EC), on Friday expressed serious concern at the detention of activists, calling on the Turkish government to release them immediately. 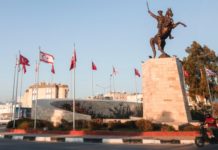 Countries supporting Libya’s Haftar are on ‘wrong side of history’: Erdoğan aide 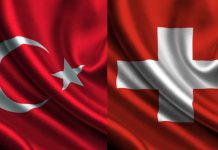