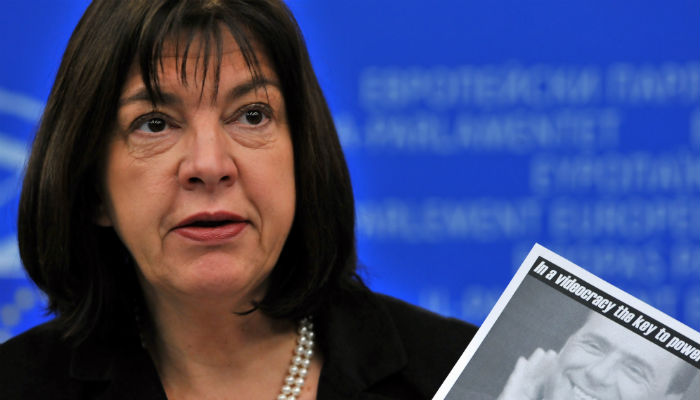 Rebecca Harms, a member of the Greens/EFA group in the European Parliament, said on Thursday that the European Court of Human Rights (ECtHR) should take the necessary action to stop countries from extraditing Gülen followers to Turkey.

Speaking during the general assembly of the European Parliament (EP) on Thursday, Harms said working in institutions such as schools or universities with links to the Gülen movement is not a crime and that, similarly, being critical of the government and being a critical journalist are not crimes.

“It is important for me as a German member of the European Parliament because my country caused Europe to have this bad experience,” she said.

On Thursday, the EP adopted by a large majority of the vote a resolution calling for the freezing of European Union membership negotiations with Turkey if Ankara implements a constitutional overhaul, backed by a referendum in April.

Turkey’s ruling Justice and Development Party (AKP) government and President Recep Tayyip Erdoğan immediately put the blame on the Gülen movement and speeded up a witch-hunt against sympathizers of the movement, which was also accused by the government of launching a graft probe at the end of 2013 that implicated figures from the AKP and people close to Erdoğan.

Despite Turkish Islamic scholar Fethullah Gülen, whose views inspired the Gülen movement, and the movement having denied the accusations, Erdoğan and the government launched a widespread purge aimed at cleansing sympathizers of the movement from within state institutions, dehumanizing its popular figures and putting them in custody.