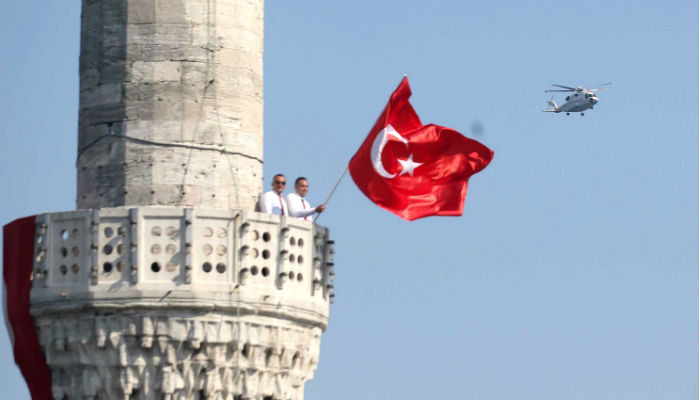 The first anniversary of a failed coup attempt in Turkey on July 15, 2016 is to be marked with sala prayers read in 90,000 mosques around the country, the t24 news website reported on Friday.

On the night of July 15, sala prayers will be read simultaneously in 90,000 mosques whose lights will be kept burning until the early morning prayers. Turkey’s Religious Affairs Directorate, Turkey’s official religious body, has also started a campaign of reading the Quran for those slain during the coup attempt.

On July 15, 2016, the chair of Religious Affairs Directorate, Mehmet Görmez, ordered all imams in Turkey to ask people to take to the streets and protest the coup attempt.

Sala prayers, which are traditionally read to announce funerals, were read for the first time at around 85,000 mosques, and imams were encouraged to take an active role through text messages sent by the directorate.

The military coup attempt on July 15 killed over 240 people and wounded more than a thousand others. Immediately after the putsch, the Justice and Development Party (AKP) government along with President Erdoğan pinned the blame on the Gülen movement.

According to a report by the state-run Anadolu news agency on May 28, 154,694 individuals have been detained and 50,136 have been jailed due to alleged Gülen links since the failed coup.