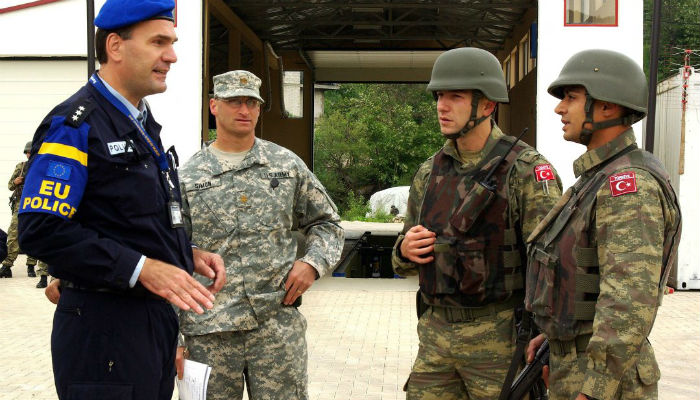 Written instructions from the Turkish General Staff asks Turkey’s military officers deployed abroad to spy on former colleagues who were dismissed as part of a post-coup crackdown, according to the German media.

The request, dated June 9, 2017, addresses all Turkish military attachments and embassies abroad as well as Turkish contingents at NATO bases and other military units stationed in the US, Germany and other European countries.

The order asks officers to report on what occupations ex-military officers are pursuing, whether they have applied for asylum, where they live and whether they are in touch with media and foreign governments.

More than 130,000 people including police and military officers, teachers, bureaucrats, academics, judges and many others from various fields have lost their jobs as a result of the Turkish government’s post-coup purge of state institutions.

A recent report by Germany’s Federal Office for the Protection of the Constitution (BfV) underlined that Turkey’s National Intelligence Organization (MİT) has stepped up spying activities against Turkish dissidents in the recent period.

Dozens of Turkish expatriates in Europe including imams working at Turkey-sponsored mosques face investigations over spying on Kurds and the Gülen movement.

The Turkish government accuses the movement of masterminding the July 15, 2016 coup attempt while the latter denies involvement. Meanwhile, the government has also stepped up pressure on the Kurdish minority in Turkey. (TurkeyPurge)