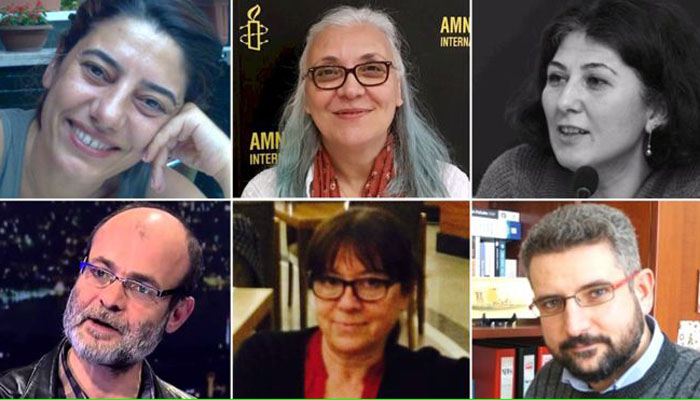 The whereabouts of eight human rights activists and two trainers who were detained during a during a digital security and information management workshop organized by Amnesty International (AI) in İstanbul on Wednesday have been determined, BBC Turkish reported on Thursday.

The owner of the hotel, who was also detained with the activists, was released, while the two foreign trainers, a German and a Swedish national, were kept at a police station on Büyükada.

There is still no information as to what they are accused of and why they were taken to different police stations.

AI Secretary-General Salil Shetty harshly criticized the detention of AI Turkey Director Eser along with the seven other human rights activists, calling it “a grotesque abuse of power.”

Shetty, who expressed strong concern over the detention of the activists, said: “We are profoundly disturbed and outraged that some of Turkey’s leading human rights defenders, including the Director of Amnesty International Turkey, should have been detained so blatantly without cause.”