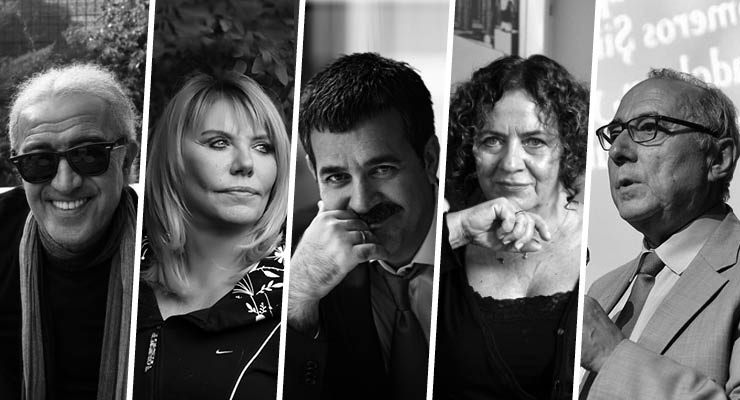 On the 120th day of a hunger strike launched by two educators, Nuriye Gülmen and Semih Özakça, who were fired from their jobs in the aftermath of a failed coup attempt last July, several artists and intellectuals announced on Thursday that they will join the hunger strike for one day.

Edip Akbayram, Hüseyin Turan, Fatoş Güney, Deniz Türkali and Ataol Behramoğlu are some of the artists who are lending support to Gülmen and Özakça by going on a one-day hunger strike.

Gülmen and Özakça were on a hunger strike demanding reinstatement to their jobs when they were arrested on terror charges on May 23 in Ankara in the wake of the botched coup attempt in Turkey on July 15, 2016.

Some of the artists shared their videos on Gülmen’s Twitter account, which she used before being arrested.

In his video on Twitter, Behramoğlu said: “It is July 6, Thursday. Nuriye Gülmen and Semih Özakça have left behind the 120th day of the righteous resistance they started by risking their lives. In order to call on the authorities to give up their obstinacy and listen to the law, justice, and conscience, we, artists and intellectuals including friends like Edip Akbayram, Fatoş Güney, Hüseyin Turan and Deniz Türkali, will not drink one sip of water, will not take a bite of food for one whole day to support our friends.”