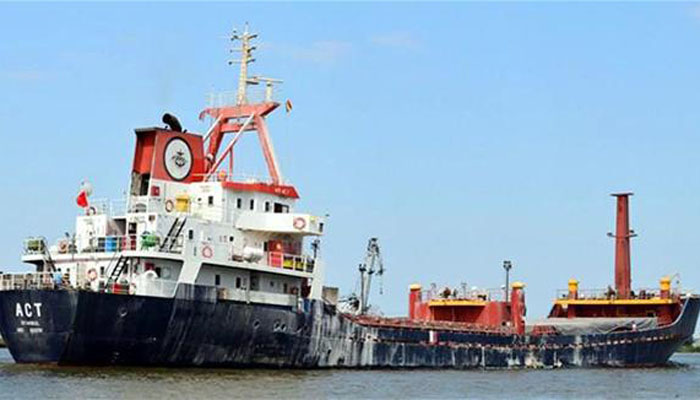 The Turkish Armed Forces have sent two boats from the Coast Guard Command and one Naval Forces assault boat to Marmaris after a Greek coast guard cutter in the Aegean Sea fired warning shots at a vessel flying a Turkish flag, the Deniz news agency reported on Monday.

According to the report, officials from the Turkish Foreign Ministry are in contact with the relevant parties.

The events unfolded when a Greek coast guard boat ordered the vessel to approach a Greek port. When the captain of the vessel, Sami Kalkavan, refused to comply and dropped anchor, shots were fired.

Thirty-six bullets hit the deck of the M/V ACT, a dry cargo vessel flying a Turkish flag, near the Greek island of Rhodes.

An official from the Greek shipping ministry said the coast guard tried to inspect the ship’s cargo, but the ship did not confirm the request and moved. The official did not comment on the shots, according to a Reuters report.

A recent statement by the Greek Harbor Directorate said they wanted to stop the vessel because of a warning that the vessel was carrying drugs, BBC Turkish reported.

Kalkavan, who spoke to CNN Türk, said: “The coast guard asked us to immediately draw close to Lardos, but we refused. They wanted to assume control [of our ship], but we wouldn’t accept it. They said they would shoot if we didn’t stop. And they did what they said. Now there seems to be 16 holes on the deck. There’s no danger of the vessel taking on water, but we escaped a dangerous situation. We have travelled this route before. Sixteen bullets hit us. The crew escaped a big danger.”

The vessel was carrying iron and steel from İskenderun, on the Mediterranean coast of Turkey, to the İzmit Gulf, on the easternmost edge of the Sea of Marmara.