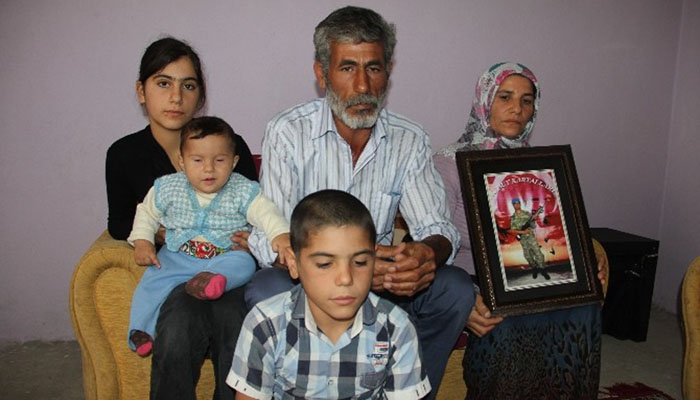 Aydın Taş, the father of Sefter Taş, one of two Turkish soldiers who were allegedly burned to death by Islamic State in Iraq and the Levant (ISIL) terrorists after being taken hostage, said during an interview with Cumhuriyet on Sunday that no Turkish official has ever provided any information to the family about the fate of their son.

The father, who has not heard from his son since Oct. 1, 2015 complained about not being given any information about the whereabouts of his son and being ignored by the Turkish authorities.

“What is this family doing? Whether this child [my son] is cared about or not, no one says anything. We are devastated. No one gives us any information, let alone support. When we call them, they tell us to be patient. We asked for an appointment from the Ministry of Defense, but they are just ignoring us. I wasn’t able to see anyone. They say they are still investigating [my son’s whereabouts],” he said.

Sefter Taş was abducted when ISIL attacked soldiers on duty at a police station in Kilis, on the Syrian border. One soldier, Yusuf Beylem, was slain in the attack.

Taş was seen in a violent ISIL video that was made public in December months after his abduction. Authorities said they were investigating the images but no information was given as to the authenticity of the video or the situation of Serter Taş.

Father Taş, who filed a missing persons case in Iğdır to find out if his son was still alive, said his wife has been suffering from psychological problems since her son went missing:

“Sometimes she wakes up from her sleep and says ‘Bring my son.’ She depends on medication to live. But until when? It will be almost two years soon. What is the government doing? Nobody asks us how we can continue to live. Those soldiers who were with my son are now back with their families. But our son is missing. Our only hope is God.”