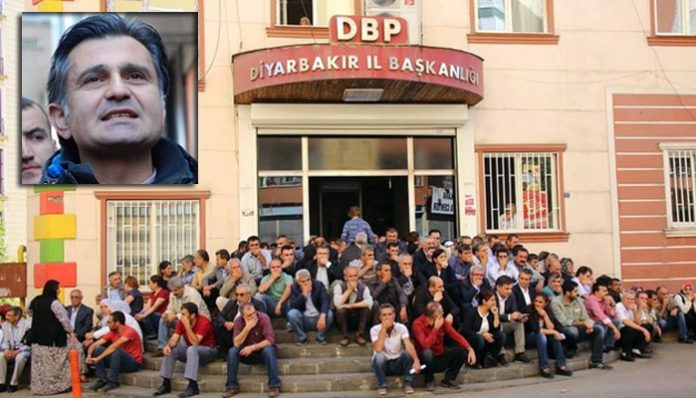 The Diyarbakır Public Prosecutor’s Office has filed a motion against pro-Kurdish People’s Democratic Party (HDP) Diyarbakır deputy Ziya Pir, demanding his immunity from prosecution be removed for sitting in front of HDP headquarters in the city.

According to a story in the Cumhuriyet daily on Saturday, Pir was accused of violating the law on meetings and demonstrations on Oct. 13, 2016.

The motion said “a group of 100 people, mainly HDP deputies and party officials, came to the party’s provincial building at 5 p.m. [on 13.10.2016] and sat on the steps in front of the building. Security officials informed the group about the law and said their act was a crime according to a regulation issued by the Diyarbakır Governor’s Office on 15.08.2016 [as part of state of emergency rules]. However, the group continued to sit on the steps without chanting slogans, without holding banners, without disturbing public order and without violating public passage. The group entered the party building at 5.45 p.m. after ending their protest.”

Commenting on the motion against him, Pir said: “My last motion. It is not funny but you can laugh at it. The security personnel had said at that time that there was no problem with sitting on the steps in front of our building. Even if the police permit it, don’t sit on the steps in front of your office or residence in Amed [Diyarbakır]. It is forbidden by the Chief Public Prosecutor’s Office.”

The immunity of several HDP deputies, including its Co-chairs Selahattin Demirtaş and Figen Yüksekdağ, was removed last year, and more than a dozen of them were imprisoned on charges of terrorism.