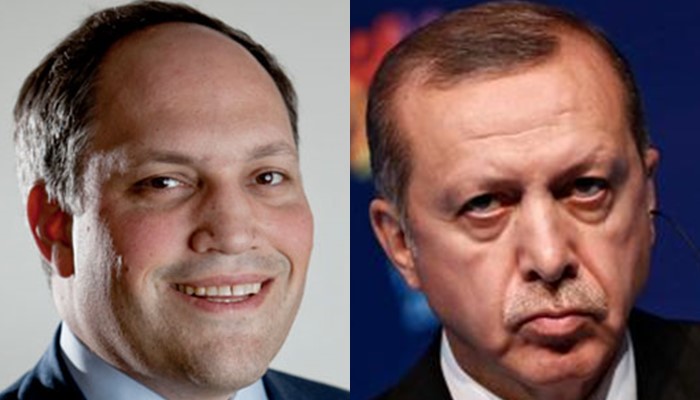 The Turkish government, led by President Recep Tayyip Erdoğan, is pressurizing Twitter management to block the account of Michael Rubin, a resident scholar at the American Enterprise Institute (AEI) and a former Pentagon official, due to tweets critical of Erdoğan, a Washington Post columnist wrote on Wednesday.

According to The Washington Post’s Josh Rogin, Twitter notified Rubin on Monday that it had received a court order from Turkey demanding the shutdown of his Twitter feed, on the grounds that it had violated the personal rights of the Turkish president

On June 26, Twitter’s legal team alerted Rubin of the court order, dated June 16, saying the company was still evaluating its options. A spokesperson for Twitter declined to comment further on the case to Rogin and said the only reason an account would be suspended was if it violates Twitter’s rules. As of Wednesday, Rubin’s Twitter feed was still active, Rogin wrote.

Speaking to Rogin, Rubin said: “It’s a test case for Twitter, because there are a lot of journalists in exile who have taken to Twitter.”

“If Twitter were to cave to this, it would have a chilling effect on diaspora journalism, not just with regard to Turkey,” he added.

On June 2, Rubin tweeted “I am sorry Tayyip, you want to be stronger than Atatürk. But even my tweets are enough to make you sad. Pity but the truth is bitter, @RT_Erdogan.”

“I am sorry @RT_Erdogan, I will not sacrifice my freedom of expression for your ego,” he wrote in a subsequent tweet.

“You filed a criminal complaint about me yesterday. I repeat it today, you are still corrupt. O Tayyip, you will not be able to silence me, @RT_Erdogan,” said Rubin in another tweet he posted on June 3.

As part of Erdoğan’s efforts to intimidate his critics abroad, the Turkish government pressured Germany to prosecute a comic who made a satirical video insulting Erdoğan in March. German Chancellor Angela Merkel attracted criticism for allowing the investigation to go forward under a little-used law criminalizing insults to foreign leaders. Ultimately, prosecutors declined to press charges.

In April, a group of Turkish lawyers also filed criminal complaints with the İstanbul Chief Public Prosecutor’s Office against 17 prominent US figures including Rubin on allegations of being members of the Gülen movement or supporting it.