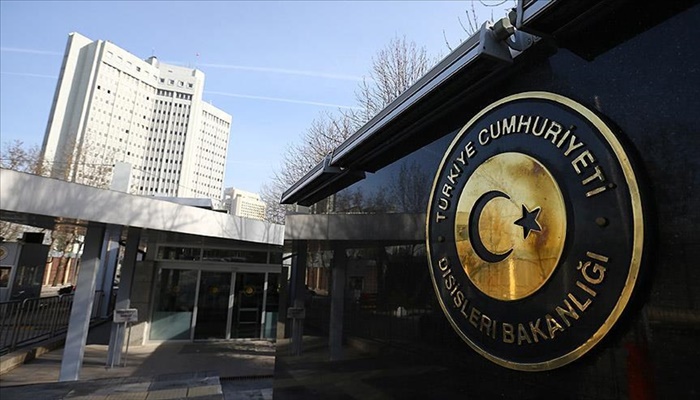 The Turkish Ministry of Foreign Affairs issued a statement on Thursday arguing that Germany is limiting freedom of expression by objecting to a political rally planned by President Recep Tayyip Erdoğan on the sidelines of the G20 summit to be held in Hamburg in July.

The ministry targeted Germany’s Social Democrats (SPD) leader Martin Schulz, who called for a ban on an Erdoğan rally in Hamburg and criticized the imprisonment of politicians and journalists in Turkey.

“The approach of someone who has chaired the European Parliament regarding freedom of assembly and expression in particular reveals the real face of the mentality we are faced with and the double standards of those who are trying to give a lesson to others. We strongly condemn and reject the unacceptable statements of this person against our president,” said the statement by the ministry.

Schulz criticized Erdoğan’s oppression of opposition groups in Turkey and objected to his holding events during the G20 summit in Hamburg in July, warning that Erdoğan should not be allowed to import an internal Turkish conflict to Germany.

“Foreign politicians who trample our values at home must not be allowed a stage for speeches in Germany. I don’t want Mr. Erdoğan, who jails opposition politicians and journalists in Turkey, to hold big rallies in Germany,” Schulz said.

In the meantime, Sigmar Gabriel, the German foreign minister, also voiced his disapproval of a political rally by Erdoğan and implied that Chancellor Angela Merkel is of the same view.
German officials are concerned about increased tension and clashes between pro-Erdoğan supporters and Kurdish nationalists around the G20 summit.

Relations between Turkey and Germany have deteriorated over the past year due to the blocking of a campaign in Germany for a referendum in Turkey in April, Erdoğan’s repeated emphasis on reintroducing the death penalty, Germany’s granting of asylum to military officers and diplomats who are accused of a failed coup attempt in Turkey and human rights abuses in the country, including the arrest of two German-Turkish journalists.