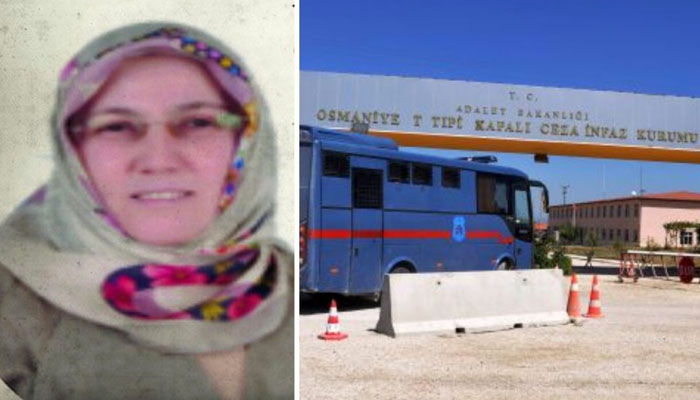 Forty-two-year-old Özen Alkan was detained on Monday while visiting her husband, under arrest over alleged links to the Gülen movement, which the government accuses of masterminding a July 15, 2016 coup attempt.

According to the Aktif Haber website, Özen went to southern Osmaniye after traveling 900 kilometers from Bursa along with her two children to visit her husband, Mehmet Alkan, who has been held in pretrial detention in a prison in Osmaniye since early June.

She was detained during the visit and was taken to the police department of neighboring Adana province. The reason for the detention is still unknown.

A sociology graduate and mother of two, Özen worked as a family counselor from 2012 to 2017, Aktif Haber said.

In a currently ongoing government crackdown on followers of the Gülen movement, dozens of women have been detained while visiting their imprisoned husbands, with their children either separated from them and given to family members or taken to jail with the mothers.

In late January, after a story broke about five children left alone in tears in front of Sincan Prison in Ankara as their mother was detained while they were visiting their father, 856 people around the world raised $41,850 in a week as the elder brother shared a video, saying in tears: “We are five brothers, left alone. We have a handicapped brother. I commend those people to God’s punishment.”