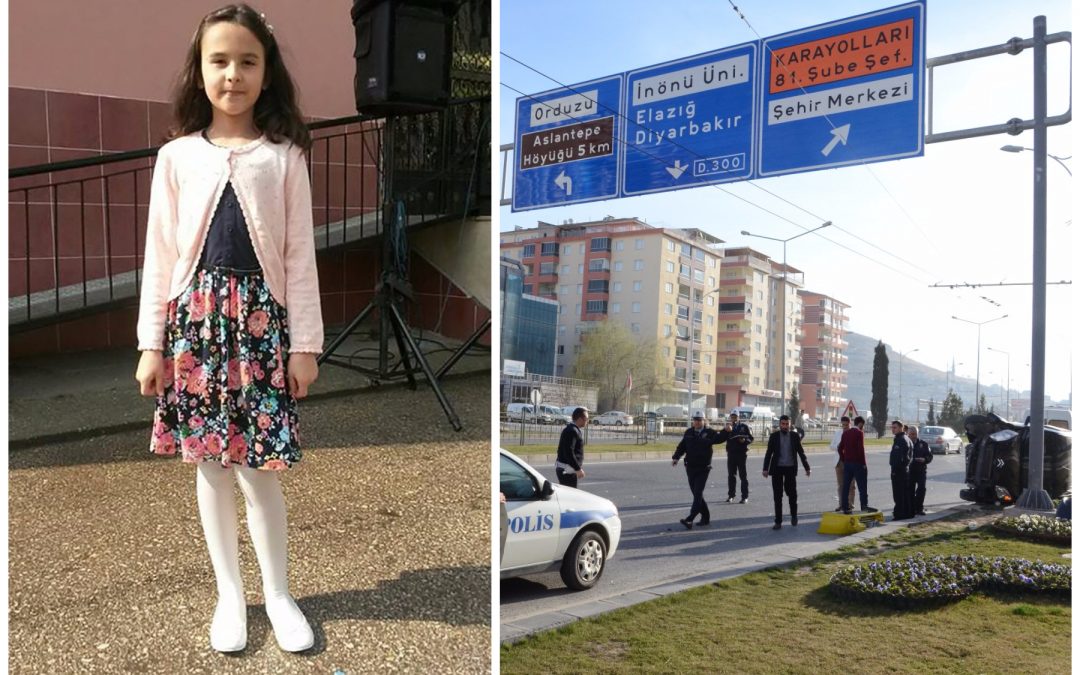 A 10-year-old girl died in a traffic accident in Elazığ on Monday while on her way to visit her father, Ali Osman Özcan, who has been imprisoned over links to the faith-based Gülen movement, which Turkey accuses of masterminding a failed coup last summer.

According to reports in the Turkish media, Betül Seda Özcan, 10, traveled with her mother from Kocaeli province to visit her father in jail in Elazığ during the Eid-al-Fitr holiday.

When they reached an intersection near the prison, Betül Seda let her mother’s hand go in anticipation of seeing her father. She was struck by a car trying to cross the road.

Betül Seda was taken by ambulance to Fırat University Hospital, where she later died of her injuries.

Her father has been in pre-trial detention over his links to the Gülen movement.

Although Fethullah Gülen, a US-based Turkish Islamic scholar whose views inspired the Gülen movement, denies all coup accusations, the Turkish government has launched a widespread witch-hunt against Gülen followers across the country that led to the dismissal of over 138,000 people from state jobs, the detention of more than 106,000 and imprisonment of nearly 53,000 over alleged links to the movement.