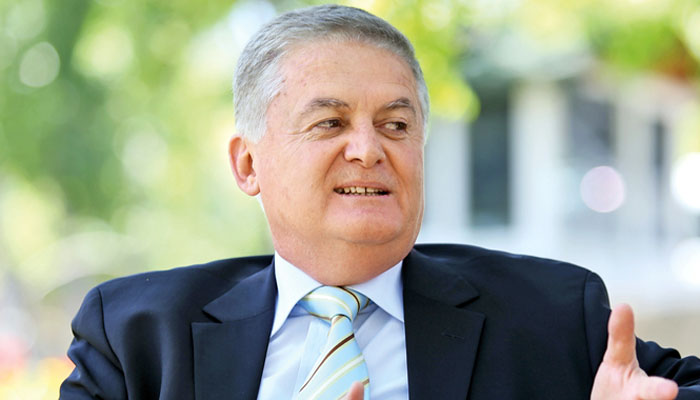 Ahmet Zeki Üçok, a former military prosecutor with the Air Forces Command who was sentenced to 43-and-a-half years in prison for his role in the Ergenekon case and the Sledgehammer coup plan, said on Wednesday that the Turkish army could take control of the government by means of a coup in the chaos that would result if President Recep Tayyip Erdoğan were to be assassinated.

Speaking with pro-government Türkiye daily on Wednesday, Üçok said there are still over 50,000 soldiers in Turkish military who are followers of the Gülen movement, which is accused by Turkish authorities of masterminding a failed coup last summer.

“FETÖ is still the strongest group in the Turkish military. They can stage another coup if circumstances allow. The most important element in this is the president. In the event anything happens to the president, there will be tremendous chaos in the country and bloody provocations by FETÖ will take place.”

“FETÖ” is an acronym for the Fethullahist Terrorist Organization, a term the government coined to refer to sympathizers of the Gülen movement, especially those in the state bureaucracy.

Underlining that “stopping bloodshed and ensuring peace” is the duty of the Turkish army, Üçok said that “the TSK [Turkish Armed Forces] would take control of the administration for those reasons.”

Despite the fact that Fethullah Gülen, whose views inspired the Gülen movement, aka Hizmet, has strongly denied the accusations, Erdoğan and the Justice and Development Party (AKP) government launched a widespread purge aimed at cleansing sympathizers of the movement from within state institutions, dehumanizing its popular figures and putting them in custody.

Over 138,000 people, including soldiers, prosecutors, judges, teachers and other state employees, have been sacked from their jobs, more than 110,000 detained and nearly 55,000 arrested in Turkey since the July coup attempt over their links to the Gülen movement.

Üçok was arrested in September 2009 and in pretrial detention for nearly five years, then was sentenced by a court to 43.5 years in jail for his role in in the case of the clandestine Ergenekon organization and Sledgehammer coup plan to overthrow the AKP government in the early 2000s.

The AKP and Erdoğan were strongly in support of the legal process of the Ergenekon trial, and Erdoğan once had even claimed that he was the “public prosecutor” of the case.

However, things changed for the AKP and Erdoğan when its members in December 2013 were the subjects of a corruption investigation and he, this time, claimed that Ergenekon was a conspiracy against the Turkish military by Gülen followers.

Following a massive purge in the police force and the judiciary, the Supreme Court of Appeals in June 2014 reversed lower court decisions in the Ergenekon cases, in which some of the suspects were sentenced to life in prison. All 365 suspects were freed in the ensuing legal process, and some, such as retired army generals and members of the judiciary, were reinstated to their former positions after the AKP government dismissed thousands of bureaucrats, including top judicial members, military generals and diplomats, on coup charges and membership in the Gülen movement following the failed coup.