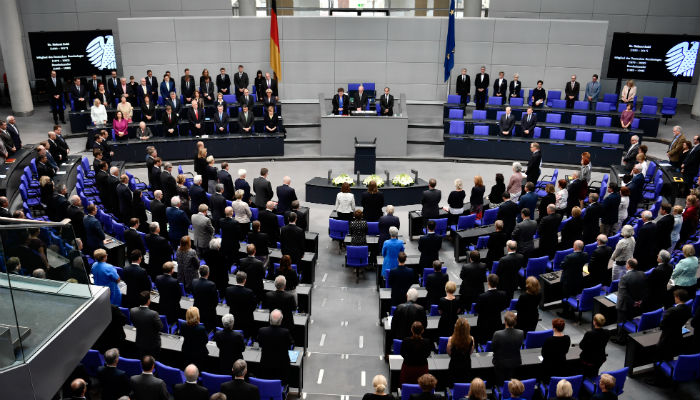 Turkey’s National Intelligence Organization (MİT) is collecting intelligence about German lawmakers, according to a report published by German newspaper Die Welt on Wednesday.

The report said MİT has been gathering intelligence on senior politicians in domestic affairs, foreign affairs and defense issues.

An official working for Germany’s Federal Criminal Police Office (BKA) reportedly had a security meeting with some German lawmakers in past weeks during which the BKA warned parliamentarians about the possibility of being spied on by Turkish intelligence and against potential security risks from Turkish nationalists.

Die Welt also published a report in April about 20 Turks being prosecuted on charges of espionage and that prosecutor’s office was also running an investigation into “unknown people” working for MİT.

Upon previous reports in the German press about the intelligence activities of MİT in Germany, the Federal Office of the Chief Prosecutor opened a probe into suspected espionage activities in March. The reports in the German media said then that MİT was spying on the followers of the Gülen movement, which is accused by Turkish President Recep Tayyip Erdoğan of organizing a failed coup in Turkey on July 15, 2016.

Hans-Georg Maassen, Germany’s head of the German Federal Office for the Protection of the Constitution (BundesamtfuerVerfassungsschutz), spoke to BBC in March and said, “Outside Turkey I don’t think anyone believes that the Gülen movement was behind the attempted putsch.”