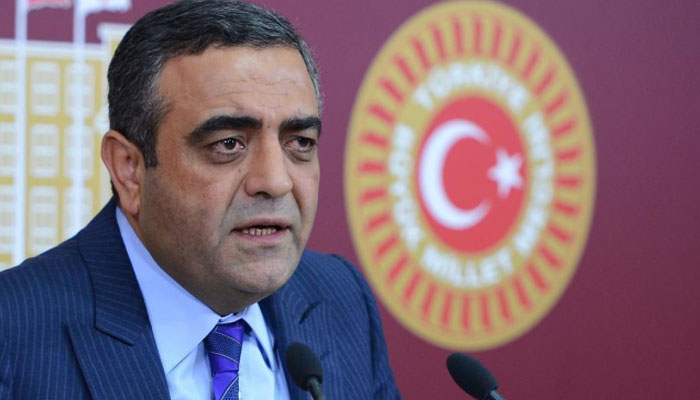 Recalling that one person was kidnapped in Ankara before a coup attempt on July 15, 2016, and six after it in similar ways, Tanrıkulu said: “They have not been heard from. It is said that despite evidence gathered by relatives of kidnapped and disappeared people, security footage and witnesses, no investigations have been launched. The security forces are reluctant to launch an investigation.”

Underlining that all of the kidnapped people were targeted by an investigation into the Gülen movement and suspended from their jobs by government decree, the CHP deputy said, “According to security footage and witness testimony, in all the kidnapping cases black Volkswagen Transporter vans were used, and all seven were followed by people whose faces can be identified in security footage.”

According to Tanrıkulu’s parliamentary question, the kidnapped are as follows:

Sunay Elmas was kidnapped on Jan. 27, 2016 in Ankara in a black Transporter van. Despite the fact that police have CCTV footage of the moment of the abduction and an application made by Elmas’s wife, nothing has been done up to now.

Mustafa Özgür Gültekin, a Competition Authority employee, was kidnapped in a black Transporter van in Ankara’s Beştepe neighborhood at 18:15 on Dec. 21, 2016. His family has compiled all the CCTV footage in the vicinity and says that although the people who kidnapped Gültekin can be identified in the footage, the police have not conducted a real investigation.

Hüseyin Kötüce, an Information and Communication Technologies Authority (BTİK) employee, was reportedly abducted in the parking lot of the Batıkent subway station in Ankara after he got off work in February 2017. His coat and a cake were found in Kötüce’s car, left in the parking lot.

Despite successive requests, family members have so far failed to get police to dust the car for fingerprints, while no CCTV footage has been released.

Turgut Çapan, a former employee of Turgut Özal University, which was shut down by the government over its ties to the Gülen movement, was abducted on March 31.

Mesut Geçer worked at the National Intelligence Organization (MIT) until he was dismissed as part of the government’s post-coup crackdown. His car was stopped and he was reportedly abducted in the Çakırlar quarter in Ankara’s Yenimahalle district, in late March 2017.

Önder Asan, a philosophy teacher at a secondary school that the government shut down over its links to the movement after July 15, mysteriously disappeared in Ankara’s Şentepe neighborhood on April 1, 2017.

His wife Fatma Asan said she found her husband’s car parked near Şentepe with its tires slashed. Fatma also said police and the prosecutor in charge are so reluctant to investigate the case that not even a single CCTV camera in Şentepe was examined for possible recordings of her husband.

Ayhan Oran, a MİT employee since 2005, was dismissed over his alleged ties to the Gülen movement on Aug. 2, 2016. He was last seen leaving the compound he was living in at 12:38 on Nov. 1. The signal on his cell was active until 16:00 the same day. While he had no money in his pocket, he did not even bid his wife farewell before he went out. His car also disappeared.

After listing the kidnapped or disappeared people, Tanrıkulu posed the following questions to Prime Minister Yıldırım:

“Why have efficient investigations not been launched despite the existence of CCTV footage and the testimony of witnesses? The appearance of the same vehicle in all the cases, the professional manner of executing the pursuits and kidnappings, the police reluctance to collect evidence, the rejection of applications [from family members], the abductees all being subjects of an investigation into FETÖ/PDY [a derogatory term coined by the government to refer to members of the Gülen movement] – all give the impression that the abductions were carried out by law enforcement officers or people linked to law enforcement officers. Who carried out the aforementioned pursuits and kidnappings? Have the license plates of the vehicles seen in the kidnappings been identified? Has research been conducted to ascertain in what person or institution’s name the vehicles are registered? If not, why not?”