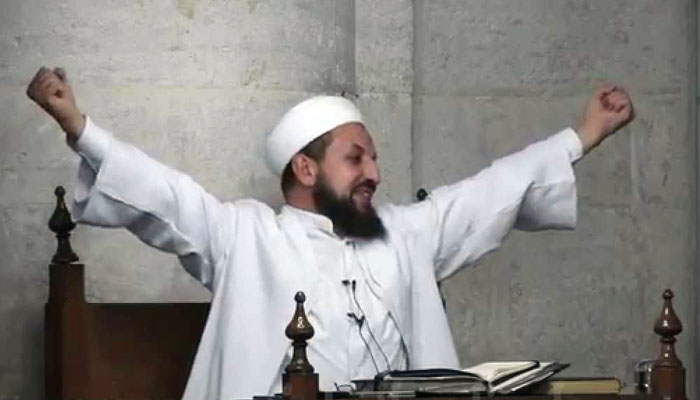 Newly emerged video shows the moment Metin Balkanlıoğlu, an important figure within the İsmailaga community, one of Turkey’s most prominent religious sects, called on Turkish security forces to carry out mass execution of those engaging in “terrorist activities” against the Turkish state.
Giving a sermon during Friday prayer, Balkanlıoğlu says he does not want to see any wounded and calls on the Turkish army, police force and special operations teams to clear “mountains, cities and valleys” of “terrorists.”

“Do not leave anyone wounded!
Once you become a terrorist,
I’ll give you hell.
I’m calling on special operations teams:
Do not take the wounded.
I am calling on the security forces:
Do not leave anyone wounded.
We can nurse snakes.
We can nurse scorpions.
We could even nurse a monster.
But we will not nurse these cursed [people].
We do not want anyone in prison.
Do not let them live in the mountains
Or in the cities
Or in the valleys,
For God’s sake,” Balkanlıoğlu said during the sermon.
The İsmailaga community is based at the Ismail Aga Mosque in Istanbul, is affiliated with the Naksibendi sect and is led by Mahmut Ustaosmanoglu. Its members dress radically, usually wearing cloaks and displaying long facial hair. (Turkey Purge)