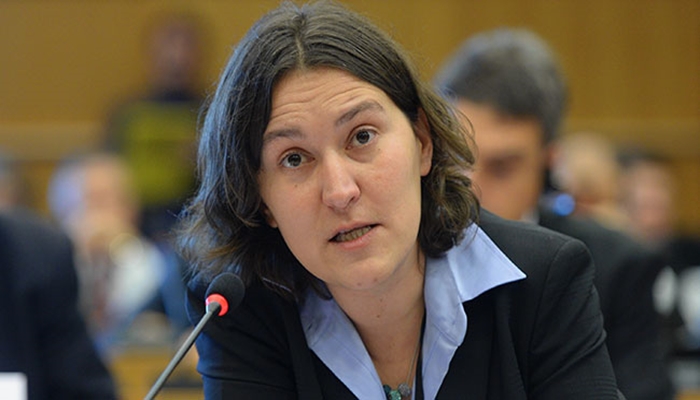 The European Parliament’s Foreign Affairs Committee has recommended freezing Turkey’s EU accession talks if proposed amendments to the country’s constitution that were approved in a referendum held on April 16 are implemented unchanged.

Turkey approved a constitutional reform package in the referendum on April 16 which among other things introduced an executive presidency in the country. The reforms, which weaken Parliament and greatly increase the president’s powers, are feared to pave the way for a more authoritarian rule in the country without the necessary checks and balances.

“Taking note of the outcome of Turkey’s recent referendum and the expansion of presidential powers, the Foreign Affairs Committee calls on the EU Commission and the EU national governments ‘to formally suspend the accession negotiations with Turkey without delay if the constitutional reform package is implemented unchanged,'” members of the committee said in their annual assessment of Turkey’s reform progress on Tuesday as they adopted a resolution.

The resolution on Turkey was adopted by 51 votes to three, with 14 abstentions. The full house is scheduled to vote on it during the next plenary session in Strasbourg in July.

The committee members, instead, proposed upgrading the EU-Turkey customs union by making human rights and fundamental freedoms part of a new agreement.

Committee members said they are concerned about Turkey’s backsliding in the rule of law, human rights, media freedom and the fight against corruption and condemn the repeatedly declared support for the reintroduction of the death penalty by the Turkish president, which would put into question Turkey’s membership in the Council of Europe and lead to an immediate end of EU accession talks.

Turkish President Recep Tayyip Erdoğan, who frequently talked about the reinstatement of the death penalty during the referendum campaign, said in his victory speech following the referendum that the time had come for Turkey to consider reinstating capital punishment.

The debate over the death penalty re-emerged after a failed coup attempt in Turkey on July 15, 2016.

Socialists & Democrats (S&D) MEP Kati Piri, the European Parliament’s rapporteur on Turkey, said: “As the proposed constitutional reform package is not in line with EU membership criteria, the report calls for the formal suspension of the accession talks if the constitutional amendments are implemented unchanged. We expect the government to take the Venice Commission recommendations seriously, as well as the fact that half of the Turkish population voted against it in the referendum.”

The reforms were rejected by 48.5 percent of the Turkish people who voted in the referendum, while 51.4 percent approved them.

The EU Foreign Affairs Committee members also noted that 2016 was a difficult year for Turkey as a result of the war in Syria, the influx of refugees, a string of heinous terror attacks and the coup attempt. They condemned the coup attempt, which claimed the lives of more than 240 people and injured a thousand others, and expressed their solidarity with the people of Turkey.

However, the committee members said that measures taken in response to the July 15 failed coup attempt are disproportionate and they voiced their regret over the large-scale dismissal of civil servants, the closing of media outlets, the arrest of journalists, judges and human rights defenders, and the closure of schools and universities.

Around 150,000 people have been removed from state posts while 50,000 have been jailed on coup charges following the coup attempt, which also resulted in the closure of dozens of media outlets and educational institutions.

“Despite all internal differences, the European Parliament speaks with one voice when it comes to condemning human rights abuses in Turkey. The continuation of the state of emergency has disproportionately negative effects on Turkish society and the arbitrary arrest of thousands of citizens, including parliamentarians and mayors, is of utmost concern,” added Piri.

The Turkish government declared a state of emergency in the aftermath of the coup attempt, which is still in effect and allows the government to press ahead with many controversial anti-coup measures.