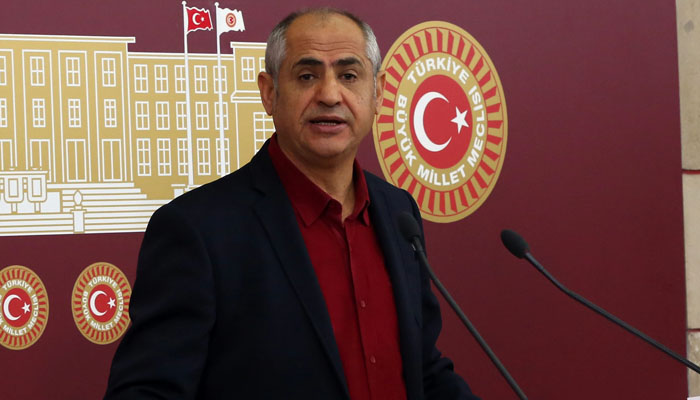 Main opposition Republican People’s Party (CHP) İzmir deputy Musa Çam has said it was a historic mistake for his party to support the removal of parliamentary immunity of deputies who face investigation, the Diken news website reported on Tuesday.

Çam, who spoke on the sixth day of a “March of Justice” launched by his party last week, said: “My immunity has been removed and now I am being prosecuted. Saying ‘It is against the Constitution but we will say yes [for the removal of immunity]’ was wrong. That is why our friends who voted in favor are historically responsible. Many deputies have been prosecuted and arrested due to the removal of their immunity.”

CHP leader Kemal Kılıçdaroğlu initiated a March of Justice last week in Ankara in protest of the arrest of CHP deputy Enis Berberoğlu, who was sentenced to 25 years in prison for leaking information for a report on National Intelligence Organization (MİT) trucks transporting weapons to jihadists in Syria.

The arrest of Berberoğlu, who would normally enjoy parliamentary immunity, was possible because the CHP and Nationalist Movement Party (MHP) had lent support to a proposal submitted by the ruling Justice and Development Party (AKP) on removing deputies’ immunity from prosecution last year.

In the wake of the arrest of Berberoğlu, Çam said: “We have to accept this and engage in some self-criticism. This march can also cover a lot of self-criticism.”

The immunity of all deputies who face probes was lifted in May 2016. Currently, there are 11 pro-Kurdish Peoples’ Democratic Party (HDP) deputies who are in jail on charges of terrorist links.