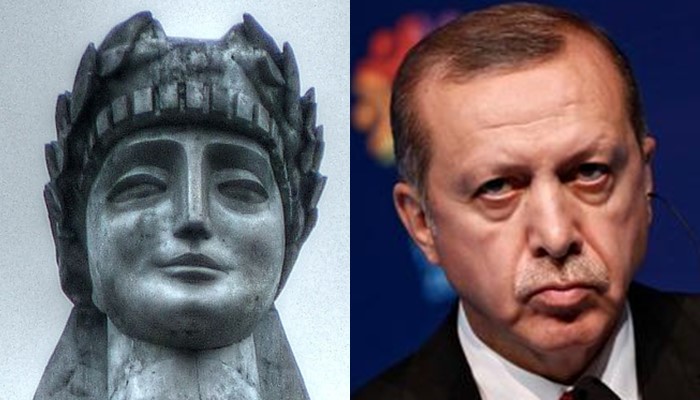 With its favorable geographical location, Georgia has so far been in the spotlight of both great powers and regional actors. Since its independence in 1991, Georgia has endeavored to place itself in the Western bloc. However, that course antagonized Russia and in August 2008 it launched a military incursion into Georgia to block Georgia’s European path.

In the aftermath of the war (1), Georgia intensified its efforts to deepen relations with the West (2). Due to the promising progress, the Georgian government affirms its commitments to European values on every occasion. However, because of its tumultuous and fuzzy domestic politics, Georgia’s ability to absorb a durable democratic culture is uncertain. Yet, the recent arrest of a long-resident Turkish teacher, Mustafa Emre Cabuk, clearly showed that verbal commitments and the case in practice could be quite different.

The reason behind the arrest of teacher Cabuk

Mustafa Emre Cabuk has been in Georgia since 2002 and legally worked as a teacher until his arrest by Georgian authorities. During his 15 years in Georgia, he has organized various social and cultural programs and activities in order to strengthen Turkish-Georgian friendship. However, he was arrested on May 24, 2017 upon an extradition request from Turkey, without any legally supportive documents. He is accused of “supporting terrorism,” referring to his links to the Gulen movement, affiliated with US-based cleric Mr. Fethullah Gulen. “Surprisingly,” the arrest came just one day after the Turkish Prime Minister Binali Yildirim visited Georgia.

Teacher Cabuk was one of the most respected members of the Turkish community in Georgia until recent times. He was well regarded by the Turkish Embassy in Tbilisi and had been invited to all social events organized by the embassy. Before the December 2013 corruption scandal in Turkey, his school and other educational institutions affiliated with the Gulen movement were top destinations for any high-profile guest from Turkey.

The background of Erdogan’s hostility towards the Gulen movement

Within the scope of a corruption investigation in December 2013, a group of well-known people — government members, several family members of ministers, the director general of state-owned Halkbank, Turkish-Iranian businessman Reza Zarrab — were accused of bribery, corruption, fraud, money laundering and gold smuggling. A “gas for gold” scheme to violate the international sanctions on Iran was at the center of the case. A huge amount of cash stored in shoeboxes was confiscated by police in the residences of such suspects as Reza Zarrab, the interior minister’s son and the Halkbank director (3).

In order to end the scandal, the government embarked on massive purges and arrests in the police and judiciary. Later, all the suspects were released while four ministers were forced to resign. Eventually, the government was able to cover up the scandal, but ironically the “acquitted” businessman Reza Zarrab and a deputy general of Halkbank have been imprisoned in the US on charges of violating its sanctions on Iran.

Having skillfully buried the scandalous corruption case, President Erdogan, considering himself to be a primary target (4), launched a full-scale witch-hunt in Turkey and abroad against institutions and people linked to the Gulen movement in order to eliminate the possibility of accusations against him on corruption-related charges.

The “controlled coup” in July 2016 was a precursor of the final stage of Erdogan’s witch-hunt and was called “a gift from God” by him. Even though close to a year has passed since the controlled coup, the perpetrators and their alleged foreign links have yet to be revealed.

However, with the benefit of a state of emergency declared just after the “coup” and extended until the present day, opponents of Erdogan paid a heavy price regardless of their ideological, religious or cultural backgrounds. The steps in the aftermath of the coup revealed the whole picture: It was not a genuine military intervention, but a demonic plan in order to create an opportunity to suppress all segments of opposition in the society by using state power and making a swift regime change.

Under the state of emergency thus far, almost 140,000 public employees have been fired or suspended, more than 50,000 people are imprisoned, over 2,000 educational institutions including universities were shut down, around 8,000 academics lost their jobs, almost 150 media outlets were shut down (5), and 234 journalists are still in jail. All the dismissed and detained people are accused of either plotting a coup and/or terror-related charges.

Eventually, Turkey’s institutional capacity and image were ruined, and today Erdogan has almost achieved his desired form of state: “New Turkey.” It is not simply a term but a regime institutionalized by the narrow victory in a referendum held on April 16, 2017. It brought an authoritarian presidential system and endowed Erdogan with extraordinary powers.

The controlled coup also served Erdogan’s witch-hunt carried out abroad against Gulen movement-linked institutions and people in more than 160 countries. As a result of Erdogan’s carrot-stick approach, several African, Balkan and Central and South Asian states took steps against the institutions and their personnel. It is obvious that the counties have in common poor records concerning democracy, human rights and the rule of law.

Back to the case of the teacher

As indicated by the Georgian court, Mustafa Emre Cabuk did not have any record of wrongdoing in Georgia during his 15-year stay, and the reason behind the arrest of the teacher is crystal clear: an extradition request from Turkey without any legal documents. It is even more evident that arresting an innocent person upon the groundless allegations of a country that is steadily becoming authoritarian and straying far from Western values does not comply with George’s commitments to the West and its own people.

Fortunately, several NGOs based in Georgia and abroad have been trying to raise awareness about the arrest. It must be underlined that public awareness and the principled attitude of state institutions are of vital importance to ensure that governments act on principles at such times. Thanks to the common sense of Georgian society, people have not remained indifferent to the NGOs’ calls. Last week, a considerable number of Georgians gathered in Tbilisi and called for the immediate release of their teacher, friend and fellow countryman. An online petition was also launched to enable the teacher’s release (7).

There is high hope that the Georgian authorities and their executives also have some common sense. In this regard, Ms. Tea Tsulukiani, minister of justice, is an opportunity for Georgia. With a brilliant career in law and 10 years’ professional experience as a lawyer at the European Court of Human Rights in Strasbourg, no doubt Ms. Tsulukiani will take a principled stance to preserve the independence and dignity of the Georgian judiciary.

Because of the fact that European institutions, particularly the EU and NATO, are not simply unions of states, but values, Georgia should act in compliance with the rule of law to prove its credentials. Although Georgia may find itself in a predicament against its largest trade partner, Georgia must prudently engage with Turkey, which is in the world spotlight due to human rights violations, torture and tyranny, and accordingly reject the unfounded extradition request of Turkey. If not, it would be a concession that undoubtedly makes Georgia vulnerable to further concessions and requests of a dictator.

Georgian authorities should take note that the great majority of democratic countries ignore similar demands from Erdogan and that only democratically weak and underdeveloped countries bow to them: Somalia, Saudi Arabia, Azerbaijan, Myanmar and Malaysia.

Visitors to Tbilisi will remember the statue of Kartlis Deda standing on a hill overlooking the city. She symbolizes the Georgian national character: wine stands for hospitality and the sword represents every Georgian’s love of freedom and their right to passionately fight anybody who threatens their liberty. Here, I would like to remind my Georgian friends that teacher Mustafa Emre Cabuk came to you as a friend of Georgia, has lived in your country as your guest for 15 years, including during a time of war in 2008, and has made enormous contributions to Georgia’s future by educating post-independence generations. I am sure that as expected Georgians will not leave their guest in a lurch.

(1) It has brought about yet another frozen conflict: Russia and a few of its satellite countries recognized Georgia’s breakaway regions of South Ossetia and Abkhazia, accounting for nearly 20 percent of Georgian territory.

(2) Today Georgia is a member of the Council of Europe, has a visa-free regime and free trade agreement with the European Union, and its relations with NATO seem to be moving in the right direction.

(3) Although it was claimed that the money was put in shoeboxes by Gulenist police officers, the suspects took it back with interest when the corruption probe was closed.

(4) One of the four ministers made it clear on TV that he had done everything in line with Erdogan’s orders.

(5) Existing media is silenced, even Wikipedia was blocked.