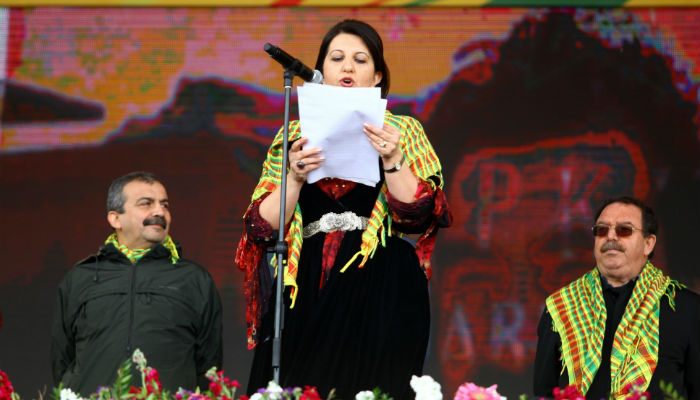 Buldan was taken into custody at a hotel in the southeastern province of Diyarbakır on Monday evening. She was subsequently taken to the Diyarbakır Courthouse where she testified to a prosecutor as part of an investigation launched into her due to speeches she delivered in 2009 and 2011.

The HDP deputy was then released.

Speaking to reporters following her release, Buldan said: “The charges directed at me: The first one is attending March 8 [International Women’s Day event] and delivering a speech there and attending a Nevruz event and speaking there. Another one was giving a speech during the local election campaign in 2009 in Ağrı. I committed these three crimes.”

The HDP deputy added that if these acts are considered crimes, she would continue to commit them.

Turkey has stepped up its crackdown on Kurdish politicians in recent months. Trustees have been appointed to dozens of municipalities in the country’s predominantly Kurdish Southeast while Turkish courts have arrested 11 HDP deputies including the party’s co-chairs.