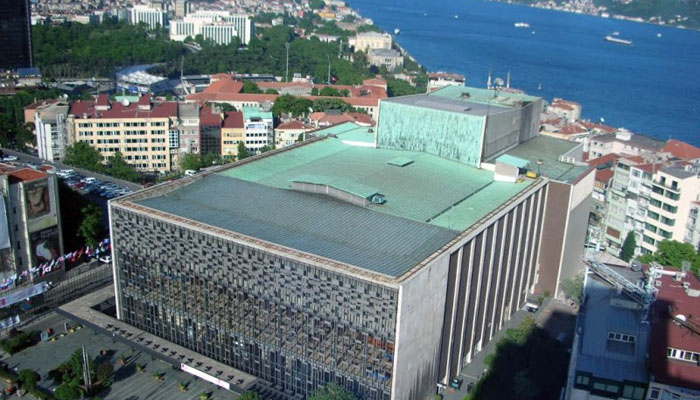 President Recep Tayyip Erdoğan announced at an iftar dinner on Tuesday that the Atatürk Cultural Center (AKM) in Istanbul’s Taksim Square would be demolished and replaced with an opera house.

An adverse reaction to the decision to demolish the AKM, however, was voiced by Mücella Yapıcı, chair of the Turkish Union of Engineers and Architects’ Chambers (TMMOB), who spoke to the Gazeteduvar news agency about the decision.

“The AKM is the only building in the Turkish Republic designed and constructed only with the use of public resources. That is why it stands out among others. Even if it is emptied for demolition, it should be reconstructed since we have a detailed project [for that] in hand.”

Yapıcı added that Erdoğan’s statement was unfortunate and that any project that goes against reconstruction would be illegal.

“The president says the project is over. We could not understand what he means. If he is saying this as the Justice and Development Party [AKP] leader, then the mayor, from the same party, should explain this. We have a project confirmed by the government and signed by Ministry of Culture and Tourism. The project was to receive financial support in 2010. We are still waiting for this project to get under way. If they initiate something else because of the state of emergency under a government decree, then we know nothing about it. This place has a project, and we expect the president to make a statement about it,” she said.