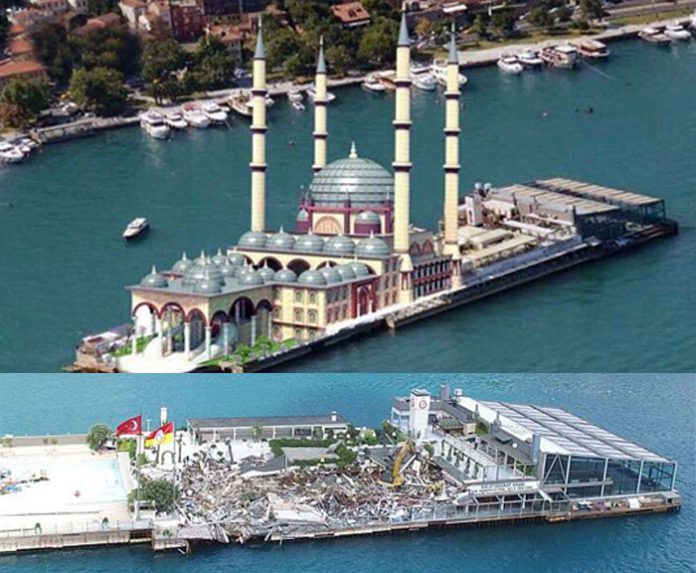 A member of the İstanbul Metropolitan Municipality Council on Monday proposed that a mosque be constructed on Galatasaray Islet, also known as Su Adası (Water Island), after some of the buildings on it were destroyed by the municipality for being “unlicensed.”

According to reports in the Turkish media, the İstanbul Metropolitan Municipality Council heard a proposal by independent council member Hüseyin Avni Sipahi for the construction of a mosque equipped with conference rooms and an educational facility for students on Galatasaray Islet, a tiny island in the Bosporus Strait off the Kuruçeşme neighborhood and owned by the Galatasaray Sports Club.

However, İstanbul Mayor Kadir Topbaş denied that a mosque would be constructed on Galatasaray Islet in a statement on Monday evening.

“We have no project or agenda for a mosque to be built on the island,” Topbaş said.