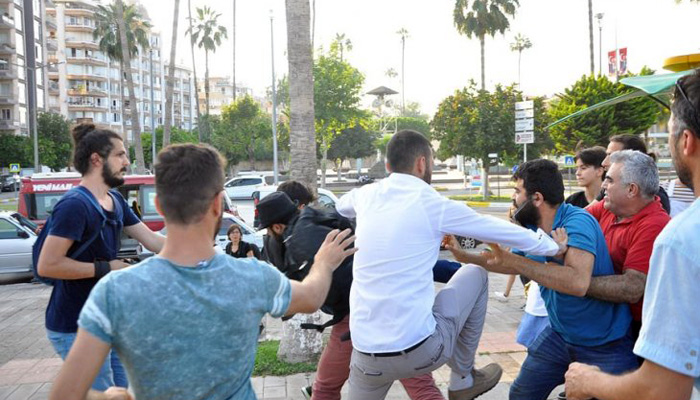 A group of homophobic people allegedly from a nationalist youth movement called Köklü Değişim [Radical Change] on Sunday attacked scores of people attending the Mersin Pride Parade to show their support for sexual and gender diversity.

According to the Sendika.org news website, the parade was only half finished when a group of at least 30 homophobic people attacked participants.

For the third time in its history, Mersin’s LGBT community dressed in rainbow attire on Sunday and proceeded to a rally at the gay-friendly Mersin marina in order to mark one of the largest organized gay pride festivals in Turkey.

Police reportedly detained at least 20 of the assailants. (Turkey Purge)