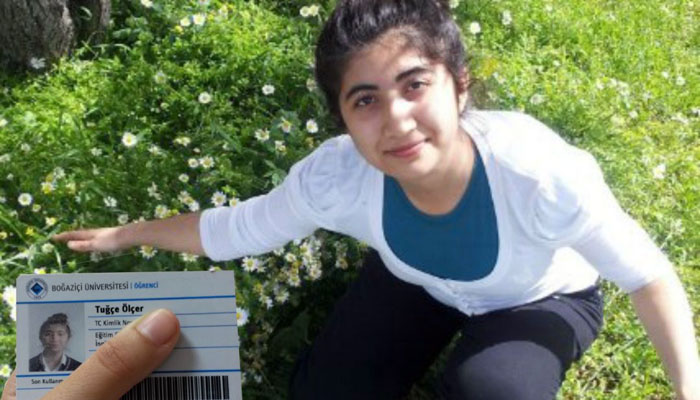 The father of a 21-year-old university student who died after jumping off a balcony due to depression over her father’s imprisonment has been denied permission by a prosecutor to attend his daughter’s funeral.

A fourth year student at the Istanbul-based Boğaziçi University’s faculty of education, Tuğçe Ölçer jumped to her death from the balcony of her family’s house in Buca, Izmir, on Saturday.

Local media reported that Ölçer had suffered psychological trauma and depression since her father, identified only by the initials M.A.Ö., was arrested last September.

M.A.Ö., a former teacher who also served as the director of national education in İzmir’s Tire district, was dismissed from his job over alleged links to the Gülen movement, which the government accuses of masterminding a July 15, 2016 coup attempt.

The father has been under arrest since Sept. 9, 2016 on accusations of membership in a terrorist organization, as the government describes the movement as terrorist. More than 120,000 people including teachers, state workers, academics, judges, prosecutors, judges, businessmen, lawyers and many others from various backgrounds have been detained over alleged or real links to the movement since last summer.

The movement denies both involvement in the coup attempt and the terror accusations.

A total of 35 people who or whose relatives have been affected by the post-coup purge, either by losing their jobs or by being arrested, due to their alleged links to the movement, have committed suicide, the main opposition Republican People’s Party (CHP) said in a report in late April of this year. (Turkey Purge)