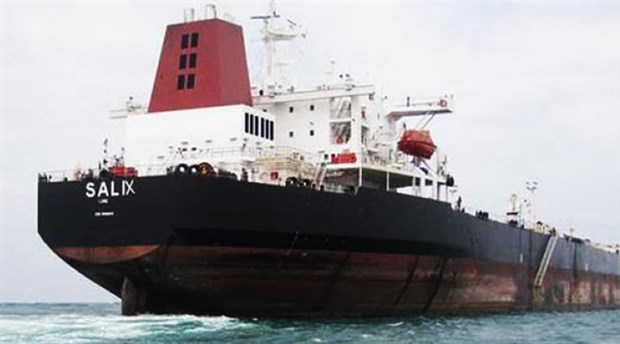 A Panamanian-flagged vessel was forced to dock by the Turkish coast guard while it was sailing through the Dardanelles on Thursday after its Turkish captain allegedly insulted President Recep Tayyip Erdoğan in radio communication, Turkish media reported.

According to a story on the CNN Türk website, the dry cargo vessel Salix was stopped after the Turkish Vessel Traffic Service (VTS) informed the coast guard that its captain had insulted Erdoğan in a radio conversation.

The VTS reported to the coast guard that Turkish captain O.B. was allegedly heard speaking about Erdoğan in an insulting way.

Subsequently, the coast guard ordered the captain to hand his duties over to the chief mate and to dock the ship on the north coast of Bozcaada (Tenedos Island).

CNN Türk also said the captain, who was reportedly intoxicated, was questioned by a prosecutor after the vessel dropped anchor.

In a statement on Thursday, Ramazan Yılmaz, head of the port authority of Çanakkale province, said legal action has been launched against the captain in response to the information passed on to him by VTS officials, the report said.