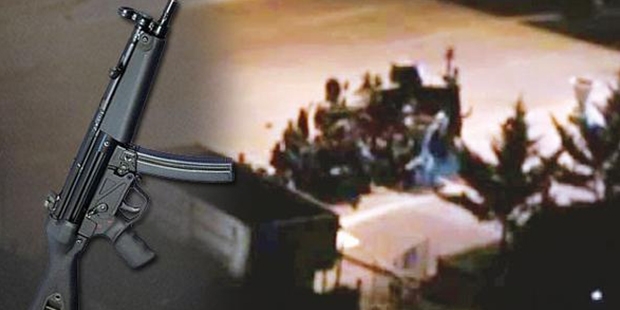 Mustafa Maraş, a man who is standing trial for killing a tractor driver and injuring his brother in an incident that took place in Ankara province last year, said in his defense that he received the gun he used in the murder from the Ankara police on the night of a failed coup attempt in Turkey on July 15, 2016, the Hürriyet daily reported on Thursday.

Maraş killed tractor driver İdris Demircioğlu and injured his brother Cesur after a dispute on July 30, 2016. An MP5 type gun, a submachine gun generally used by military, law enforcement, intelligence and security units around the world, was used in the murder.

The sale of MP5 guns to civilians is banned in Turkey according to a security official who spoke to Hürriyet.

When asked by the judge at the first hearing of his trial at the Ankara 10th High Criminal Court on May 31 about how he obtained the weapon he used in the murder, Maraş said: “The gun was one of those distributed [to civilians] in front of the Ankara Police Department on the night of the coup night [on July 15]. I got it from there. I never used the gun before.”