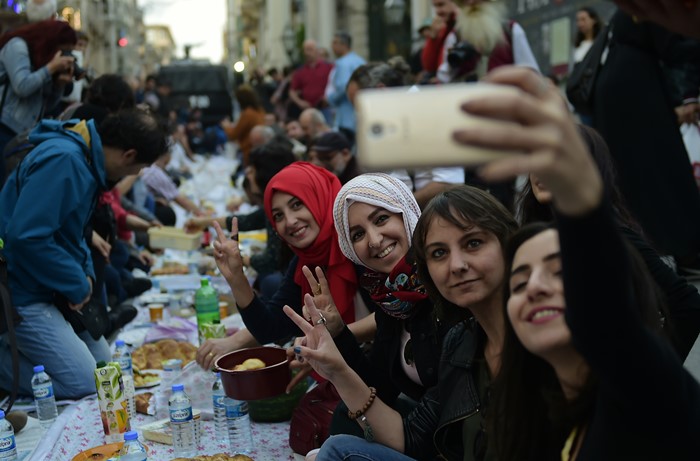 Women take a selfie as people break their fast next to riot police, armed with water cannons, on May 27, 2017 near Taksim Square in Istanbul, during the first day of the holy month of Ramadan. The world’s nearly 1.5 billion Muslims on May 27 began Ramadan, the holy month of dawn-to-dusk fasting and prayers. It is sacred to Muslims because tradition says the Koran was revealed to the Prophet Mohammed during that month. YASIN AKGUL / AFP