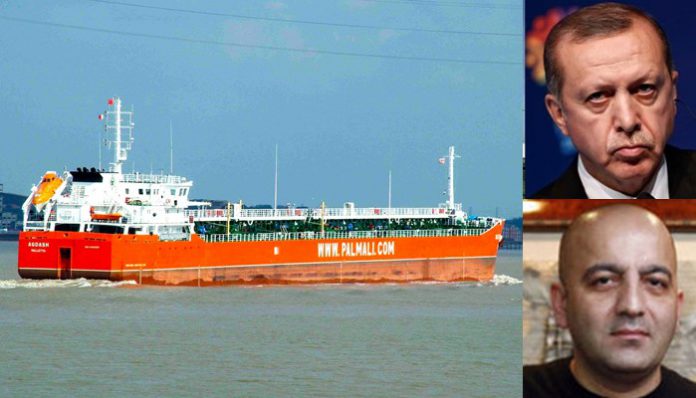 An Azeri billionaire secretly purchased a $25 million oil tanker for then-Prime Minister and current Turkish President Recep Tayyip Erdoğan in 2008, according to a report in The Intercept on Friday.

Mubariz Mansimov, an Azerbaijani national, had become a Turkish citizen two years earlier, changing his name to Mubariz Gurbanoglu, allegedly at Erdoğan’s urging. The Azeri-turned-Turkish billionaire is also a “friend” of Donald Trump, having attended his 2017 inauguration and buying eight apartments in Trump Tower in Istanbul in 2009.

The complex ship deal, first reported by The Black Sea based on the “Malta Files” collection and analyzed by the European Investigative Collaboration Network (EIC), came about as follows, according to The Intercept:

“Mansimov purchased a ship and opened a Maltese holding company for it in 2007. In October 2008, another company registered in the Isle of Man that belonged to Erdogan’s brother-in-law and his son purchased all shares for $25 million. The next day, that firm took out a $18.4 million loan arranged by Mansimov. Normal, so far. However, documents show that Mansimov pledged to pay off the entire seven-year loan plus interest in exchange for leasing rights through 2015 (the remaining $7 million of the purchase price was paid by a close personal friend of Erdogan for reasons unknown). Mansimov’s company, which controls two-thirds of Black Sea oil shipping, extended the leasing option through 2020 for $1.2 million a year. All told, the deal amounts to a $21.2 million cash transfer from Mansimov to Erdogan’s family. Despite having supposedly sold the ship to the close friend who paid $7 million in 2011, in three instances since then, Erdogan’s brother-in-law signed documents attesting to be the ‘sole beneficial owner’ of the tanker.”

Erdoğan is reputed to be extremely wealthy, estimated by some as having a worth of several billion euros, the result of rampant corruption and cronyism in the Turkish state since his Justice and Development Party (AKP) took power in 2003, according to The Black Sea.

The Erdoğan family came to public attention over their relations with ethnic Azeri Iranian businessman Reza Zarrab in a corruption investigation in 2013.

Zarrab was the prime suspect in a major corruption probe that went public in December 2013 in which then-Prime Minister Erdoğan’s inner circle was implicated.

In a statement in April, Erdoğan said Zarrab’s case would be one of the issues he would discuss with US President Donald Trump when they met in May.

“Zarrab is not the son of my father, but he is a citizen of mine. If he has committed a crime, his dossier should be forwarded to the Justice Ministry. If he is arrested on trumped-up charges, we will fall into the category of a country that does not stand behind its citizens,“ Erdoğan had said back then.

However, shortly after Zarrab’s arrest, Erdoğan said the arrest of the businessman in the US was “none of Turkey’s business.”

What disturbed Erdoğan and other Turkish officials is that former US Attorney for the Southern District of New York Preet Bharara’s office cited the 2013 corruption investigation into Erdoğan and other Cabinet members in the Zarrab indictment in New York.

Şebnem Erişmek, one of Zarrab’s lawyers, was seen in front of the residence of the Turkish ambassador in Washington on May 17 while President Erdoğan was paying a visit to the residence, according to Turkish media reports.