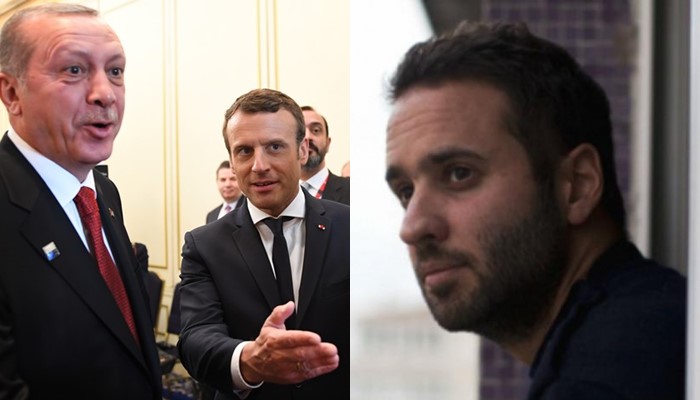 President Recep Tayyip Erdoğan promised French President Emmanuel Macron that he would examine the case of French photojournalist Mathias Depardon, who has been under detention in Turkey since May 8, during a meeting of the two leaders in Brussels on the sidelines of the NATO summit.

According to French media, when Macron raised the issue during the meeting, Erdoğan promised to quickly look into Depardon’s case.

Depardon, who was detained on May 8 after photographing the local scenery in Turkey’s southeastern Batman province and is waiting for his deportation from Turkey, has been on a hunger strike since last weekend.

Accused of disseminating the propaganda of the outlawed Kurdistan Workers’ Party (PKK) on social media, Depardon was released by a Turkish court last week. Following the court decision he was taken to the Gaziantep Immigration Authority in the Oğuzeli district of Gaziantep province for deportation. However, the journalist has been waiting for his deportation in a cell for 15 days.

A Twitter message posted by the Turkey branch of Reporters Without Borders (RSF) on Tuesday said: “French journalist Mathias Depardon who is being kept in an immigration center in Gaziantep for 15 days has been on a hunger strike for three days. This arbitrary situation must be ended.”

According to Turkish media, Erdoğan and Macron agreed on cooperation in the defense industry and increasing the bilateral trade volume to 20 billion euros.

Macron on April 17 reacted to the results of an April 16 referendum in Turkey on constitutional amendments switching the country to a presidential system of governance, writing on his Twitter account: “The referendum of yesterday marks the authoritarian drift of Turkey.”

“If I am elected President, I will do anything to help the Turkish democrats, who continue to fight,” promised Macron in a subsequent Twitter message.