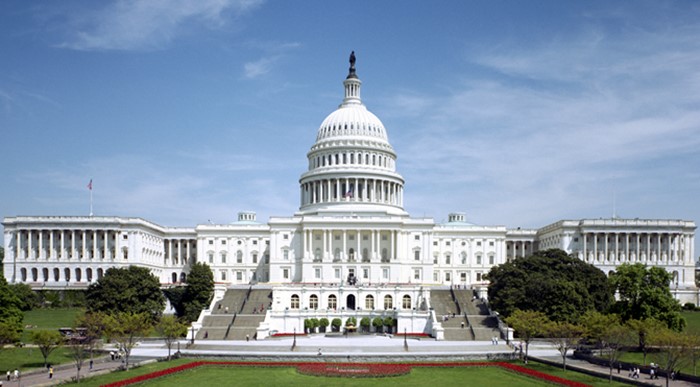 Top House Republicans and Democrats are uniting to introduce a resolution condemning Turkey, a US ally, after a brawl erupted at the Turkish ambassador’s residence in Washington in which security officials brutally beat US protestors, CNN reported on Thursday.

The incident occurred on May 16 during protests surrounding an official visit by Turkish President Recep Tayyip Erdoğan.

The demonstrators were protesting the policies of Erdoğan, who was visiting Washington for a White House meeting with Donald Trump, and were countered by agitated supporters of the Turkish head of state.

Police intervened in the fighting between the two groups, while a video recording posted on social media the same day also revealed that Erdoğan’s guards were involved, physically attacking the protesters. Nine people were injured, with at least one of them in serious condition.

Video emerged of Erdoğan and his wife at the scene of the violent incident at the ambassador’s home, raising questions about whether he personally was involved in instigating the confrontation between security and protestors.

“We are introducing this bipartisan resolution today to make it clear that last week’s unprovoked attack on peaceful protesters by Turkish security forces on American soil must not go unanswered and that those responsible must face justice,” the four House members said in a joint written statement.

They added strong criticism calling out the Turkish president by name, saying that “the attack last week against the protesters fell into a pattern of similar behavior by the Erdoğan government and sent a dangerous message that this ideology of suppression has a place among the NATO powers, an alliance built to protect democracy and basic rights against those who would impose the opposite upon the world.”

CNN obtained a copy of the resolution from a congressional source. It states that “those Turkish officials blatantly suppressed the First Amendment rights of United States citizens, and multiple armed Turkish security officials beat, kicked, and choked unarmed demonstrators.”

The resolution calls on the State Department to withdraw any diplomatic immunity for those involved.

Saying that “the Turkish security forces acted in an unprofessional and brutal manner, reflecting poorly on President Erdoğan and the Government of Turkey,” the measure recommends that both the US Secret Service and Diplomatic Security Service review the incident and discuss it in advance of any future visits from Turkish delegations.