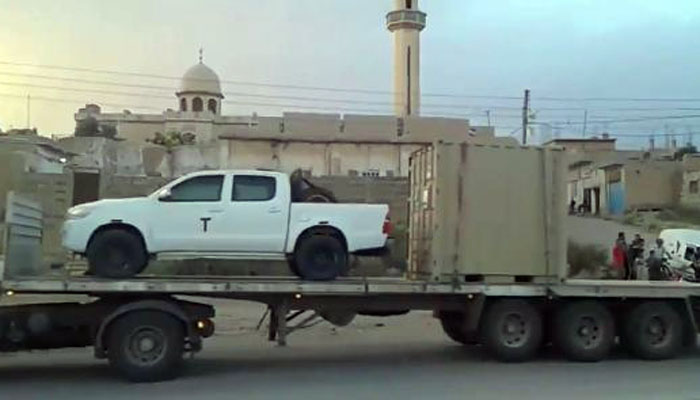 The US Army dispatched new military equipment in nearly 100 trucks to People’s Protection Units (YPG) in Syria to be used in the fight against the Islamic State in Iraq and the Levant (ISIL), Turkish media reported.

According to the Anadolu news agency, around 100 trucks carrying military equipment to the YPG were deployed to the city of al-Hasakah in northern Syria on May 15 and May 20.

On May 9, President Donald Trump authorized the arming of the YPG in Syria ahead of a planned assault to retake the city of Raqqa from ISIL, causing anger in Ankara.

Turkish President Recep Tayyip Erdoğan was in Washington on May 16 and met with Trump in an attempt to convince the US president to reverse the decision to arm YPG militia.

Erdoğan said during a press conference with Trump that Turkey would never accept YPG involvement in the fight against ISIL in Syria as it sees the YPG as a terrorist organization due to its ties to the outlawed Kurdistan Workers’ Party (PKK).

During the joint statement Trump stressed that the US would offer support to Turkey in its fight against terrorism and praised Turkey’s efforts in the war against ISIL, while managing to avoid touching on any of their disagreements.