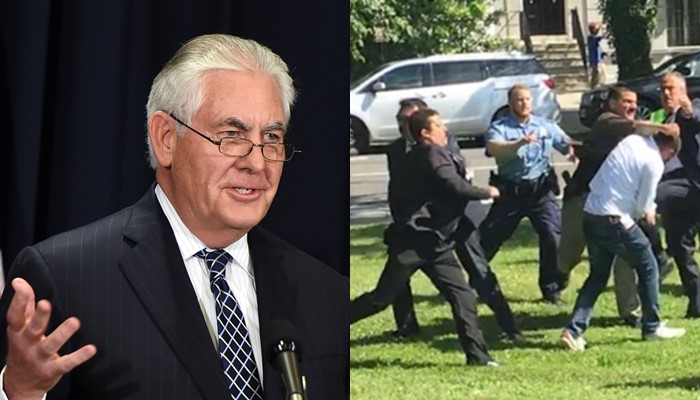 US Secretary of State Rex Tillerson on Sunday denounced a violent clash in Washington last week involving Turkish security personnel and protesters, as the administration faces political pressure to respond.

In an interview on “Fox News Sunday,” Tillerson said the State Department had called in the ambassador of Turkey, Serdar Kılıç, to discuss the incident, adding, “This is simply unacceptable.”

“There is an ongoing investigation,” he said. “We’ll wait and see what the outcome of that investigation is. But we have expressed our dismay at what occurred at the Turkish Embassy.”

US Senator John McCain last week called for the Turkish ambassador to be expelled. The incident occurred last Tuesday during protests surrounding a visit by Turkish President Recep Tayyip Erdoğan.