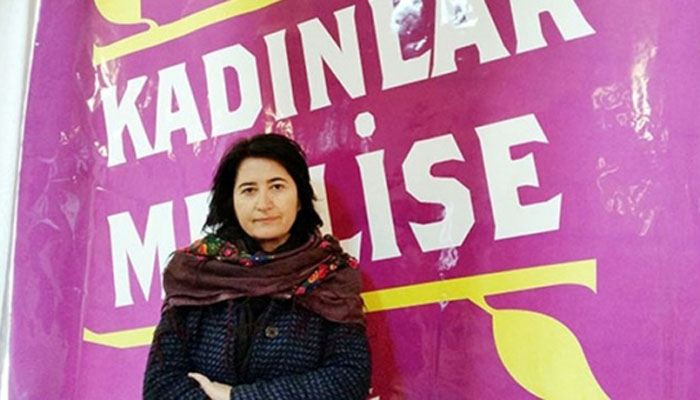 The pro-Kurdish Peoples’ Democratic Party (HDP) on Saturday elected Serpil Kemalbay, who has been serving as acting co-chair since March 12, as its new co-chairperson on Saturday, replacing jailed Figen Yüksekdağ, who lost her parliament seat in February and party membership in March after being sentenced to 10 months in jail on terror-related charges.

Kemalbay replaced Yüksekdağ in a decision taken at the HDP’s third extraordinary party congress on Saturday.

In March 9, Turkey’s Supreme Court of Appeals canceled the party membership of Yüksekdağ, who was jailed on terror charges in November and stripped of her parliamentary status on Feb. 21.

Yüksekdağ was arrested in a police operation on Nov. 4 of last year along with eight HDP deputies including the other HDP co-chair, Selahattin Demirtaş.

The parliamentary status of Yüksekdağ was removed after the Supreme Court of Appeals upheld a jail sentence handed down in 2013.

Yüksekdağ was sentenced to 10 months for participating in the funeral ceremony of Yasemin Çiftçi, a member of the Marxist-Leninist Communist Party (MLKP) – a terrorist group affiliated with the outlawed Kurdistan Workers’ Party (PKK).