Erdoğan to meet with Juncker and Tusk 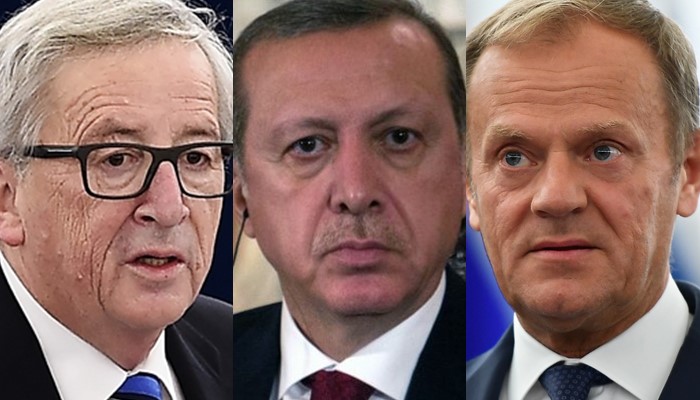 According to the report, the EU leaders will meet with Erdoğan on the sidelines of the NATO summit in Brussels.

“President Jean-Claude Juncker, together with (EU Council) President Donald Tusk, meets Mr Recep Tayyip Erdogan, President of Turkey, in Brussels,” Juncker’s office said on May 19 in a calendar entry for May 25.

Relations between Ankara and Brussels reached crisis levels during the campaign for an April 16 referendum on constitutional amendments in Turkey.

“Did the EU open the door and Turkey did not get in? There is an EU which has driven Turkey from pillar to post at its door for 54 years. … We have honor. We will not let them play with it. … If EU representatives treat us fairly and with honor, we can continue talks. If not we can go our own way,” said Erdoğan in response to calls by Turkish Industrialists and Businessmen’s Association (TÜSİAD) officials on Thursday.