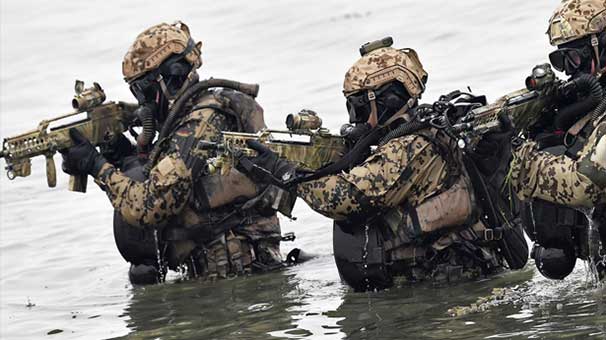 Three Turkish Underwater Attack Commandos (SAT) members who allegedly took part in a failed coup attempt in Turkey on July 15 were detained in Edirne province on Tuesday while trying to flee the country.

The commandos, one lieutenant and two sergeants major identified only by their initials A.Ç., Y.Ö. and M.Ö., reportedly confessed in their first depositions that they were among the members of a military team which aimed to take Turkish President Recep Tayyip Erdoğan hostage at the Huber Mansion in İstanbul on the night of July 15.

They reportedly said they failed in their mission because Erdoğan turned out to be in the western holiday resort of Marmaris on that night.