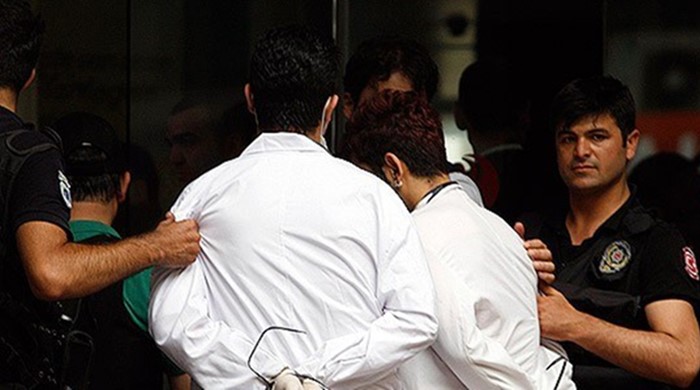 Thirty-three people including a number of doctors were detained in Adıyaman on Monday as part of a government witch-hunt targeting the Gülen movement, which the Turkish government accuses of masterminding a coup attempt on July 15, 2016, the state-run TRT reported on Monday.

A total of 1,767 people were detained last week over alleged links with the Gülen movement.

According to the report, 33 members of the medical staff including doctors and a deputy chief physician were taken to police headquarters in Adıyaman.

According to a statement from Interior Minister Soylu on April 2, a total of 113,260 people have been detained as part of investigations into the Gülen movement since the July 15 coup attempt, while 47,155 were put into pre-trial detention. On May 6, Turkish Justice Minister Bekir Bozdağ said 149,833 people have been investigated and 48,636 have been jailed as part of an investigation targeting the Gülen movement since July 15 of last year.