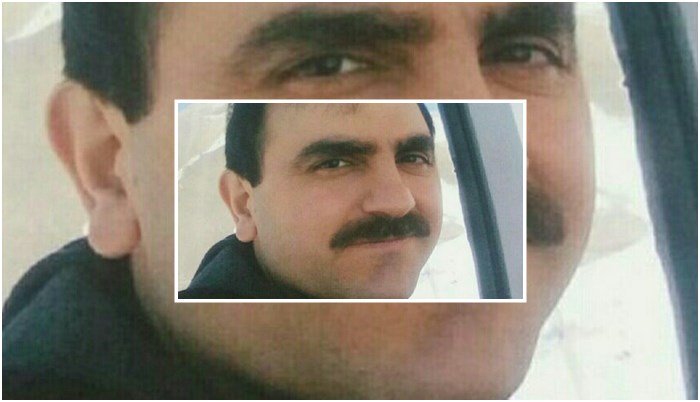 Önder Asan, a private school teacher who was allegedly abducted by unidentified people on April 1, turned out to be in police custody at the Ankara Police Department’s Bureau of Organized Crime, his wife said on Saturday.

According to a Tweet by Fatma Asan, wife of Önder Asan, her husband was kept in an unknown place by security forces and was handed over to Ankara police on Friday.

Asan’s wife didn’t clarify who or which organization kept her husband in an unknown place until he was handed over to the police.

“I have learned that my husband is at the [Ankara] police department. They didn’t let me see him, but our lawyer met with him,” she tweeted.

Önder Asan used to work as a philosophy teacher at a secondary school that the government shut down over its links to the Gülen movement, which is accused by authorities of being behind a failed coup attempt last summer.

Fatma Asan later tweeted that she found her husband’s car parked in the Şentepe neighborhood of Ankara with its tires slashed. She also said police and the prosecutor in charge are so reluctant to investigate the case that not even a single CCTV camera in Şentepe was examined for possible recordings of her husband.

In early April, mysterious disappearances involving already-victimized opposition groups have become a common occurrence in Turkey in the aftermath of the July 15 coup attempt, with at least seven cases of alleged abduction, including that of Asan, reported so far.

Those not seen for quite some time all have in common in their personal histories that they have lost their jobs amid a sweeping crackdown the Turkish government has conducted against its critics, particularly members of the Gülen movement.

In the parliamentary question meant for Prime Minister Binali Yıldırım on April 25, Republican People’s Party (CHP) İstanbul deputy Sezgin Tanrıkulu said one person was abducted before a failed coup attempt on July 15 in Ankara, while six others were abducted in the same province in the aftermath of the putsch in a similar manner. The CHP deputy said all the abducted individuals had been purged from their posts through government decrees due to their alleged links to the Gülen movement.

Giving information about each abducted individual — Sunay Elmas, Mustafa Özgür Gültekin, Hüseyin Kötüce, Turgut Çapan, Mesut Geçer, Önder Asan and Ayhan Oran — Tanrıkulu asked why an effective investigation was not being conducted to find these people and who abducted them.

Tanrıkulu also said there is widespread suspicion that the abductions of these people were carried out by the National Intelligence Organization (MİT).