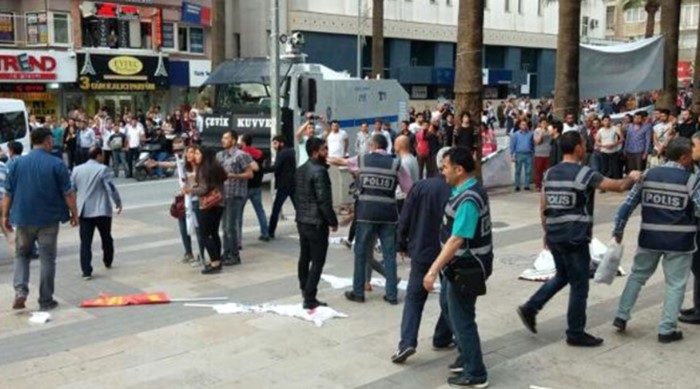 Thirty-four people were detained during demonstrations on Saturday to mark the 44th anniversary of the 1972 execution of Deniz Gezmiş and his colleagues by the government on charges of attempting to overthrow the constitutional order.

Three student leaders — Deniz Gezmiş, Yusuf Aslan and Hüseyin İnan — were hanged at a prison in Ankara’s Ayaş district for attempting to overthrow the constitutional order after a junta-backed government voted to approve their death sentences, just two years after the 1971 military coup.

The three have become rallying figures among leftist circles since their deaths.

A group of leftist party members gathered at Candoğan Park in the western province of Denizli to mark their deaths, while police, calling the demonstration unauthorized, intervened and detained 34 of them. (Turkey Purge)