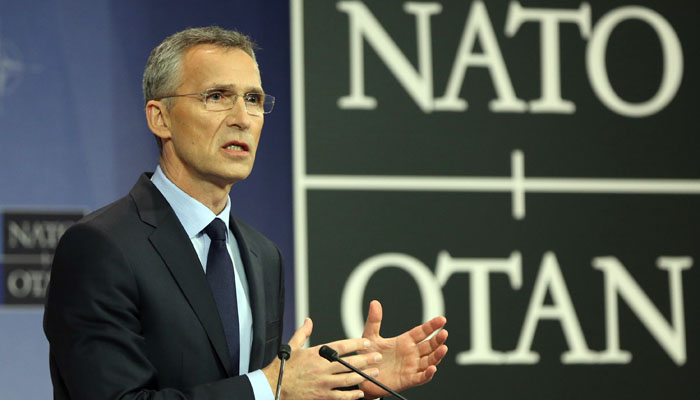 Speaking during the EU defense ministers meeting in Malta, Stoltenberg said Turkey has the right to protect itself and to prosecute those who were behind the failed coup attempt but that it has to take place based on full respect for the rule of law.

Underlining that Turkey is a key ally for NATO, especially for its strategic geographic location bordering Iraq and Syria, Stoltenberg said, “I attach a great importance to these values myself and this is an issue we have discussed with the Turkish leadership.”

On Wednesday, Turkey detained more than 1,000 people and suspended over 9,000 police officers in sweeping new arrests against alleged supporters of the Gülen movement, inspired by US-based Turkish scholar Fethullah Gülen, who is accused by Turkish authorities of masterminding the failed coup.
Over 135,000 people, including 4,272 judges and prosecutors, have been purged from state jobs due to their real or alleged connection to the Gülen movement.

The Gülen movement strongly denies having any role in the putsch. Fethullah Gülen called for an international investigation into the coup attempt, but President Recep Tayyip Erdoğan — calling the coup attempt “a gift from God” — and the government initiated a widespread purge aimed at cleansing sympathizers of the movement from within state institutions, dehumanizing its popular figures and putting them in custody.

As of March 23, 94,982 people were being held without charge, with an additional 47,128 in pre-trial detention due to their alleged links to the movement.