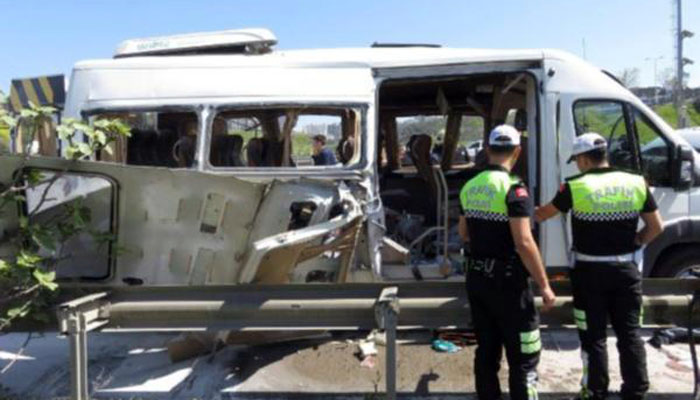 Seven students were injured on Wednesday when an explosion took place inside a van carrying university students in İstanbul.

According to the state-run Anadolu news agency, the blast occurred as the vehicle, a shuttle bus operated by the private Okan University, was traveling on a highway on the Asian side of the city.

Initial reports said the cause of the explosion was unknown, but the Doğan news agency said police were investigating the possibility that a homemade bomb was responsible.