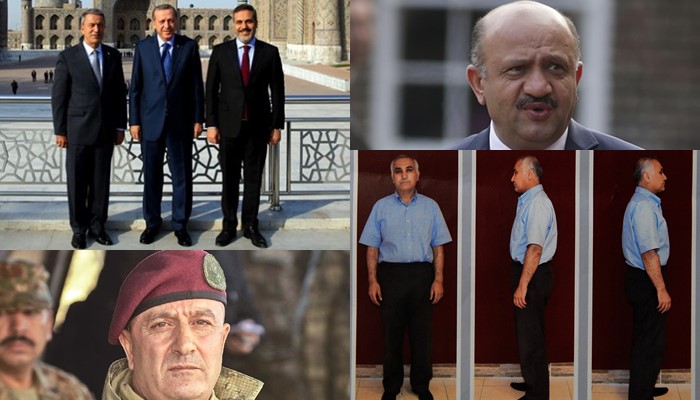 Main opposition Republican People’s Party (CHP) deputy Eren Erdem has claimed that Adil Öksüz who is believed to have been the civilian leader of the putschists in the air forces, and Defense Minister Fikri Işık met a day ahead of a July 15 coup attempt in Turkey, the t24 news website reported on Monday.

Speaking to Tele 1 TV, Erdem said Öksüz and Işık met in Sakarya on July 14 and that there is video footage of the meeting. He further claimed that the Turkish National Intelligence Organization (MİT) knows who has the video.

On April 5, CHP leader Kemal Kılıçdaroğlu said President Recep Tayyip Erdoğan and Prime Minister Binali Yıldırım do not want the coup attempt to be investigated because they are concerned such a probe could extend to themselves.

“It was a coup attempt designed to fail,” said Kılıçdaroğlu, asking many questions about Adil Öksüz: “Which state institution imported Öksüz’s GPS device? The Prime Ministry will order it, and it will be investigated. He had two mobiles and one GPS device. Why was he not handcuffed like everyone else was? In 2014, a change was made to the MİT law. It said that no MİT personnel could be detained or arrested without the order of the prime minister. Why wasn’t Adil Öksüz arrested or detained?”

“They cannot say that we do not know Adil Öksüz. The prosecutor prepared an indictment before the coup attempt. It was written there that Adil Öksüz is the imam of the navy. In another indictment he was mentioned as the imam of the air forces. Who is this guy? Where did he get that power? Did he die? They say we have launched an investigation. Come on. The Republic of Turkey, which released Adil Öksüz with two mobiles and a GPS device, does not know where he is and launches and investigation. Who do you think you’re fooling?” added Kılıçdaroğlu.

While many questions about what happened on the day and night of the July 15 coup attempt persist, it was revealed that Chief of General Staff Gen. Hulusi Akar and MİT Undersecretary Hakan Fidan had a six-hour meeting in Ankara a day before the failed coup, news website OdaTV reported in February.

The role of Chief of General Staff Gen. Akar and MİT Undersecretary Fidan has been at the center of many questions concerning the July 15 coup attempt. According to official reports, a major informed MİT about the coup plot at 14:00 and Fidan was with Akar at military headquarters until 20:30, half an hour before the coup attempt was launched.

Despite both President Erdoğan and Prime Minister Yıldırım having expressed their uneasiness with Fidan and Akar for failing to inform them about the coup attempt on July 15, and the fact that they had learned of the coup plan six hours earlier notwithstanding, the two retained their posts while over 130,000 people from state institutions were purged and jailed by the government after the coup attempt.

The government also prevented the parliamentary Coup Investigation Commission, which was set up to investigate the failed coup, from questioning Akar and Fidan.

1st Lt. Enes Yılmaz, a suspect in the failed coup, said during his defense in court in March that Brig. Gen. Semih Terzi, who was killed by noncommissioned officer Ömer Halisdemir, was invited to Ankara by Special Forces Commander Lt. Gen. Zekai Aksakallı.

Brig. Gen. Gökhan Şahin Sönmezateş, the commander of the team that targeted Erdoğan’s hotel in Marmaris, said in his defense in February that they received an order from the office of the Chief of General Staff but were intentionally deceived and kept waiting for four hours.

Despite President Erdoğan and the ruling Justice and Development Party (AKP) having blamed the Gülen movement for July 15, an indictment drafted by the İstanbul Chief Public Prosecutor’s Office says the majority of officers allegedly linked to the movement did not participate in the coup attempt, Al Jazeera Turk reported on April 14.

The government is at the center of criticism over dismissing 22,920 military personnel due to their ties to the Gülen movement, despite the fact that the Turkish military stated on July 27 that only 8,651 military members including cadets and conscripts took part in the failed coup.

Contrary to accusations made by President Erdoğan and the Turkish government, the Foreign Affairs Committee of the UK Parliament concluded last month that Gülen and the movement he inspired as a whole were not behind the failed coup in Turkey.

The head of Germany’s Federal Intelligence Service (BND), Bruno Kahl, said Turkey could not convince them that US-based Turkish-Islamic scholar Gülen was behind the failed coup in July.
Similarly, Devin Nunes, chairman of United States House Permanent Select Committee on Intelligence, said he has not seen any evidence showing Gülen’s involvement in the putsch in Turkey.