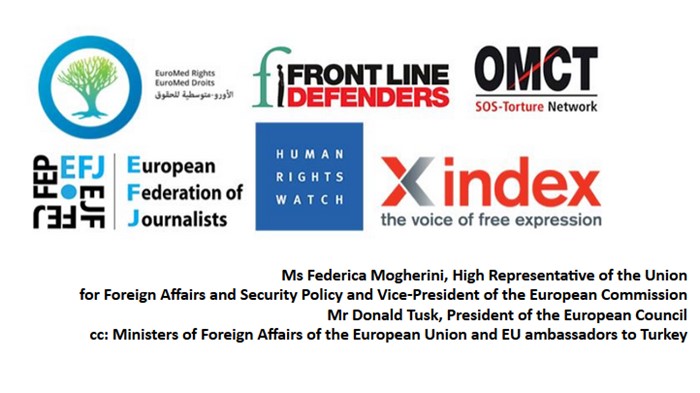 A letter written on Friday to Frederica Mogherini, EU high representative for foreign affairs and security policy, and Donald Tusk, president of the European Council, by a group of human rights and journalist organizations expresses concern about yet another extension of a state of emergency in Turkey, saying that “the far-reaching discretionary powers exercised by the Turkish authorities during the nine months of the state of emergency have deeply undermined the rule of law and human rights safeguards.”

The state of emergency, known as OHAL, has been in force since July 20 of last year, declared after a failed coup attempt on July 15. OHAL, which is criticized by human rights groups and the opposition for restricting rights and freedoms, has been extended three times so far.

Under emergency rule, the government has pressed ahead with many controversial decrees that have the force of the law and are not required to be approved by Parliament. In line with these decrees, over 135,000 people have been purged from state bodies on coup charges.

In addition, they request that the safety of human rights defenders be monitored, that they be visited in jail and their trials attended, and that Turkish authorities be persuaded to allow relevant human rights organizations and professional bodies access to all places of detention and courtrooms.

“We support the position of the Venice commission of December 2016, which stated that “the Government interpreted its extraordinary powers too extensively and took measures that went beyond what is permitted by the Turkish Constitution and by international law,” said the organizations in their letter.