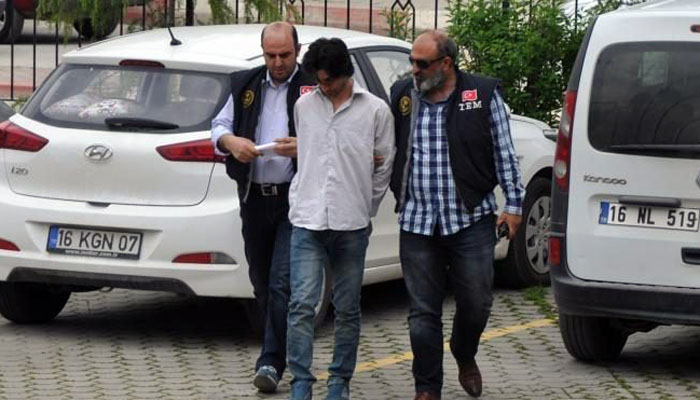 Hakan T., a Kurdish civilian, was arrested by a Bursa court on Monday for wearing a T-shirt featuring an independent Kurdistan map while voting in a referendum on a switch to an executive presidency.

Hakan was initially detained by police late on Sunday, and a day later an İnegöl court jailed him in pre-trial detention on charges of “disseminating terrorist propaganda.”

Citizens of Turkey cast their votes on Sunday in a historic referendum on whether to switch the system of governance to an executive presidency amid reports of alleged voter fraud across the country.

The state-run Anadolu news agency said 99.9 percent of the votes had been counted, leading to a “yes” win with a 51.23 percent majority. (Turkey Purge)