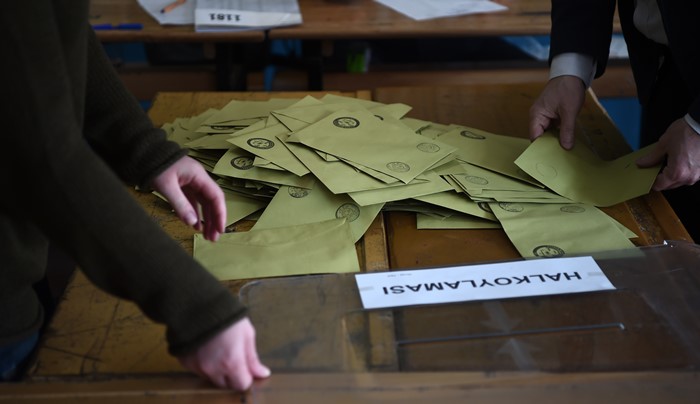 Following a last-minute decision by the Supreme Election Board (YSK) to accept ballots that do not carry an official stamp for authentication, videos shared on social media after the voting ended showed men casting multiple “yes” votes on unauthenticated ballots as well on as stamped ballots in two separate incidents.

Both incidents took place in the Sincan district of Ankara amid growing concerns of voter fraud in Turkey’s historic referendum that will switch the country’s system of governance to an executive presidency.

In one video, a woman is heard warning men about the illegality of their actions; yet, the men continued to stamp the previously unauthenticated ballots.

Opposition Republican People’s Party (CHP) officials claim that unlike what the state-led Anadolu news agency reported, some votes have not yet been counted in the YSK’s online system.

Anadolu has announced an early victory for the government in the absence of any other news agencies, most of which were shut down in the period following an attempted coup last July.