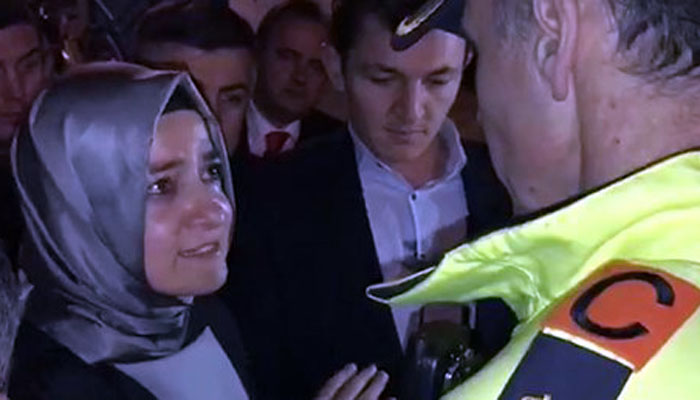 Turkey’s Family and Social Policy Minister Fatma Betül Sayan Kaya has filed a lawsuit against the Dutch government over her deportation from the Netherlands last month after she was barred from entering the Turkish Consulate General in Rotterdam to deliver a campaign speech for an April 16 referendum in Turkey.

Speaking with the Dutch Algemeen Dagblad daily, Ejder Köse, a lawyer of Turkish origin in the Netherlands, said he filed a lawsuit in a Rotterdam court on April 7 at the minister’s direction.
According to Köse, Kaya was unlawfully declared persona non grata, and Rotterdam Mayor Ahmed Abutalib’s orders and statements on the issue “did not comply with the law.”

Algemeen Dagblad reported that the Dutch government sent a letter to parliament noting that Kaya did not have any special status according to international law, unlike heads of state, government officials, foreign ministers and diplomatic representatives specifically accredited to the Netherlands.
Meanwhile, Kaya previously stated that Dutch authorities refused to abide by diplomatic rules, although she was carrying a diplomatic passport.

Tensions between Turkey and the Netherlands escalated after Dutch authorities on March 11 refused to allow Turkish Foreign Minister Mevlüt Çavuşoğlu to enter the country to campaign for the April 16 referendum in Turkey. Kaya was expelled from the country the same day after crossing the border with Germany.
In March, Ankara and several European countries were involved in a diplomatic row after Turkish ministers were refused permission to campaign in some cities ahead of the April referendum, which will switch Turkey to an executive presidency and expand the powers of President Recep Tayyip Erdoğan.